Bike racing gives each of us an opportunity to overcome unforeseen (if self-inflicted) obstacles, problems, and challenges. The race course itself is a problem, a riddle. As are the other racers. And then there are our physical and mental limitations. But every race is an opportunity. Every race is a triumph.

Just showing up is a victory.

Too many people today are content to live a shadow-life, a version of the life they always wanted, but have instead settled for something similar, if unsatisfying. A shadow. I’ve done this. I still am doing this in many regards. Hiding in the shadows. Hiding behind security, or stability, or convention. Whether any of us will step out of the shadows is up to us. But bike racing is a start. There are no shadows in a bike race. We are exposed for who we really are. And not just physically, but mentally (and maybe even spiritually) as well. In a bike race, our pride is ruthlessly peeled away. When we finish the race we are, perhaps more so than any other time, our true selves.

Most days the obstacles in a bike race are inconsequential. A flat tire or a broken chain won’t ruin your life. They probably won’t even ruin the race. But in the moment, even small challenges can be amplified and exaggerated.

8 Miles into the Wasatch Back 50 my chain wrapped itself around my bottom bracket. It was not coming out. Not without some serious yanking, pulling, and swearing. As I sat trailside trying to fix this seemingly insurmountable problem the race rode away. Rider after rider. I started to wonder if it would not be better to simply quit. After all, I had raced the Crusher just a week earlier. What did I have to prove? Dropping out of the race would have been easy. But, alas, I was there. I may as well try to fix my bike.

When I was finally rolling again, I had conceded 10 minutes. It felt like an eternity. But I had 42 miles yet to ride. That’s a long way. And so, I went to work trying to chase my way back into the race. I was only mildly successful. But, so what? What was 10 minutes in a 50 mile race? Not much. Not anything. Instead of quitting, I had a really enjoyable day of chasing and racing. And so did a host of other people. I watched people fix flat tires and other broken bits and pieces. I saw people crash and then dust themselves off, jump back on the bike and furiously pedal away.

Everywhere, in fact, bike racers were overcoming the small (or large) obstacles that a mountain bike race inevitably entails. It didn’t really matter how fast anyone rode the course. What mattered was that every one of us had stepped out of the shadows and into the stark light of day. What mattered was that each of us, if only for a few hours, were living life boldly. We had all ignored the poisonous voice of prudence that urged us to stay home, or to quit. Each of us, in our own unique way, spent the day overcoming everything that challenges us day in and day out. We won. We beat doubt and fear. We defeated prudence, reason, and temperance. We rode our bikes 50 miles. Or tried to anyway. And that is a significant, important triumph.

We shall overcome. Again and again. 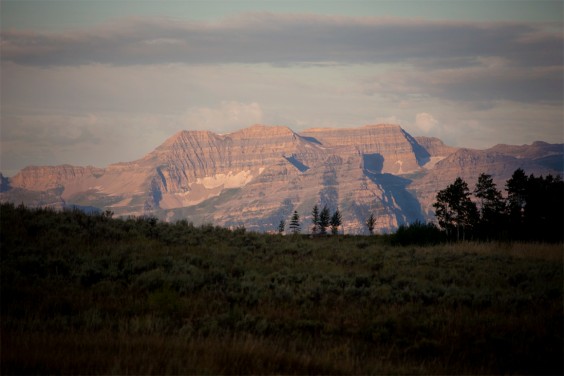