A surprisingly relaxed group of bikepackers sat around tables eating, drinking, swapping stories. The start of the 2016 Smoke N Fire was just hours away. Rain was in the forecast. But nobody seemed too worked up about it. The mood helped me relax. 470 miles of unknown dirt was in the immediate future. What was there to be nervous about?

6:00 the next morning came too quickly.

En masse, we rolled through the sleeping, gleaming streets of Boise. The slowly rising sun revealed dark clouds and a gloomy future.

It was raining energetically when I arrived at Prairie, 50 miles into the race. The old man in the store had a fire roaring. “I am out of the bottled chocolate milk,” he said. “But I can mix some up for you if you’d like.” It was only the first of many generous offers from the good people who live and work along the route.

The rain drizzled steadily through the morning. The day dragged on, as did the miles. I was having fun. The mud was not too bad. Nor the cold. I rode through rolling foothills and mountain valleys. Past lakes and pine forests. The mountains grew taller, the roads, steeper. Ketchum was not far away. But between me and the town was Dollarhide Pass. “No big deal.” I thought. “It’s just a huge climb. In the waning light. And rain. Oh, and some snow too. Yeah, no big deal.”

The nagging, dull pain in my knee grew sharp. “This is new.”

I made it to Ketchum. Shivering, wet, muddy. But in good time. “I’ll sleep indoors tonight.” The knee didn’t improve. In fact, it worsened overnight.

I dropped out of the race in the morning.

In the moment it wasn’t a hard choice. But I wanted to be out there. I wanted to be riding and hiking, trying to arrive at the little stores along the route before they closed.

Instead, I was waiting at the Hailey airport for a ride back to Boise. (Another amazing act of generosity provided that)

For months I have been laser-focused on the 2017 Tour Divide. I’ve been pouring over maps, gear lists, weights, and other such things. I’ve tried new ways to pack bags, stuff bags, roll bags. I’ve even tried entirely new bags. And I’ve made progress. I like my set-up. I can get into my bivy quickly. And I can pack it up quickly. I think I know how much food to pack. Water storage? Yep. Good there too.

I’ve bikepacked more this year than any other, but it has been three years since I lined up at an actual bikepack race.

Being at the Smoke N Fire and among so many like-minded people helped me remember the power in numbers, and mutual suffering.

Somewhere in all that tunnel vision I had forgotten the thing that makes bikpacking so much fun. The other people.

Of course, gearing up is fun too. But it’s easy to forget that we are all a part of something more important than ultra-light quilts or carbon wheels. Bikepacking is the future of endurance riding. It’s bigger than race-results or course records. It doesn’t matter if someone is rabbit-fast, or snail-slow. Everyone is riding the same big hills over the same big mountains and through the same gloomy weather.

I got to ride with a whole lot of great racers. Friendly people. Determined people. People that were just as nervous and scared as I was. And yet, we pressed on through bad weather with good attitudes. That I was no longer out there with those people was more disappointing than not earning a result. I felt like I owed it to everyone else who had been preparing all year to find a way to continue riding. I abandoned them.

But I made the right call. And it has left me going into the fall and winter hungry for more.

Just in time to ramp up my preparation for the Divide. 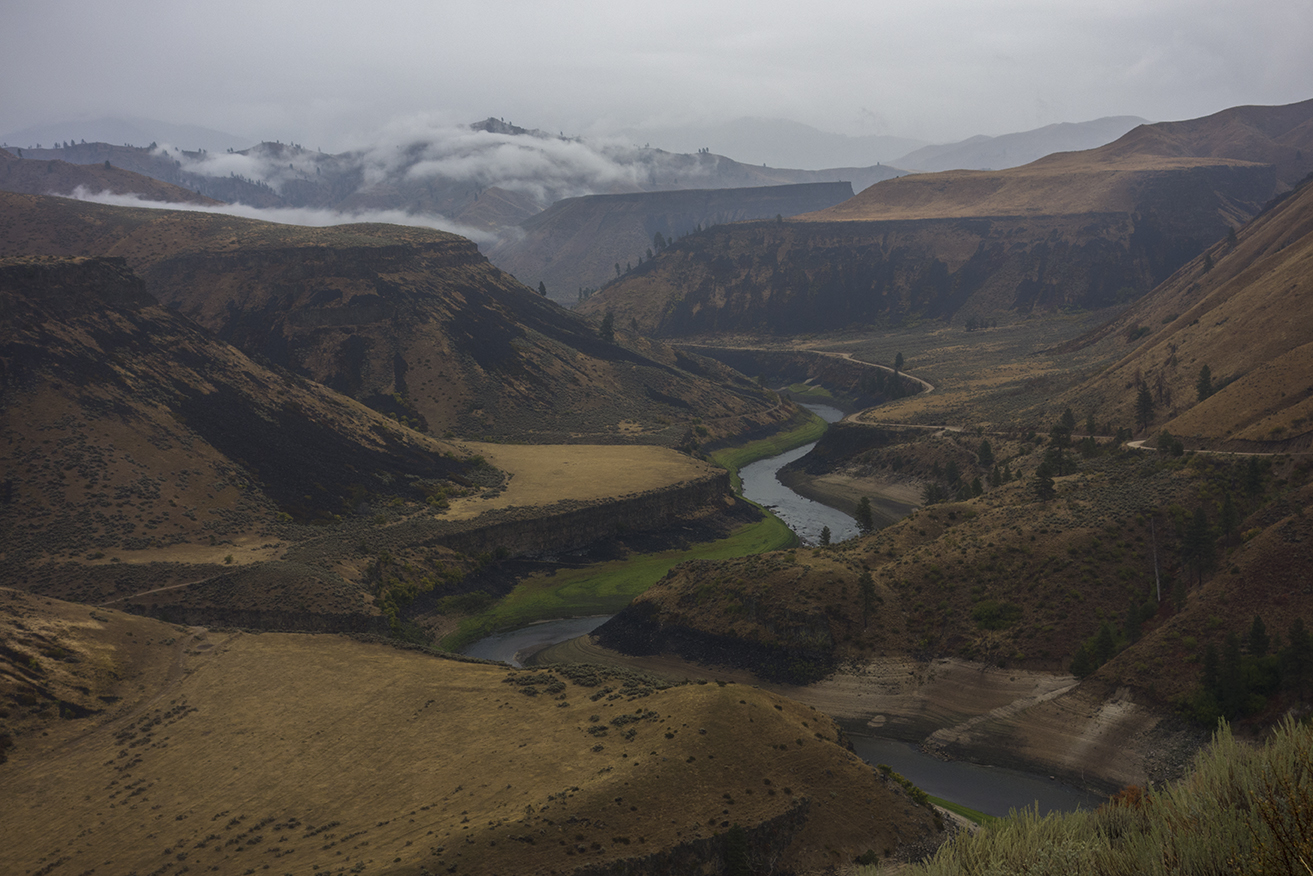