A small doubt lingered in my heart.

I chewed my pancakes. A man with a stringy mullet in a nearby booth ordered more coffee. Some motorbikers looked at us, in our bright lycra and wind vests, with visible amusement. I secretly hoped for rain. The waitress brought more pancakes. The sun brightened the red rock cliffs towering overhead.

“No backing out now.” I thought, haplessly.

We left Denny’s behind, and made for the White Rim.

We pedaled along Mineral Bottom Road, a sun-baked river of dirt that rolls over the juniper-filled plateau high above the canyon country that the Green and Colorado rivers have carved out of eons. The tawny dirt passed underneath the tires. Gears clicked. The thud-thud-thud of rubber meeting dirt was muted behind the wump-wump-wump of an internet-born mashup blaring through headphones.

The sun hid shyly behind a thin layer of clouds.

We plummeted off the rim, falling through a hundred million years of history.

The doubt was gone. 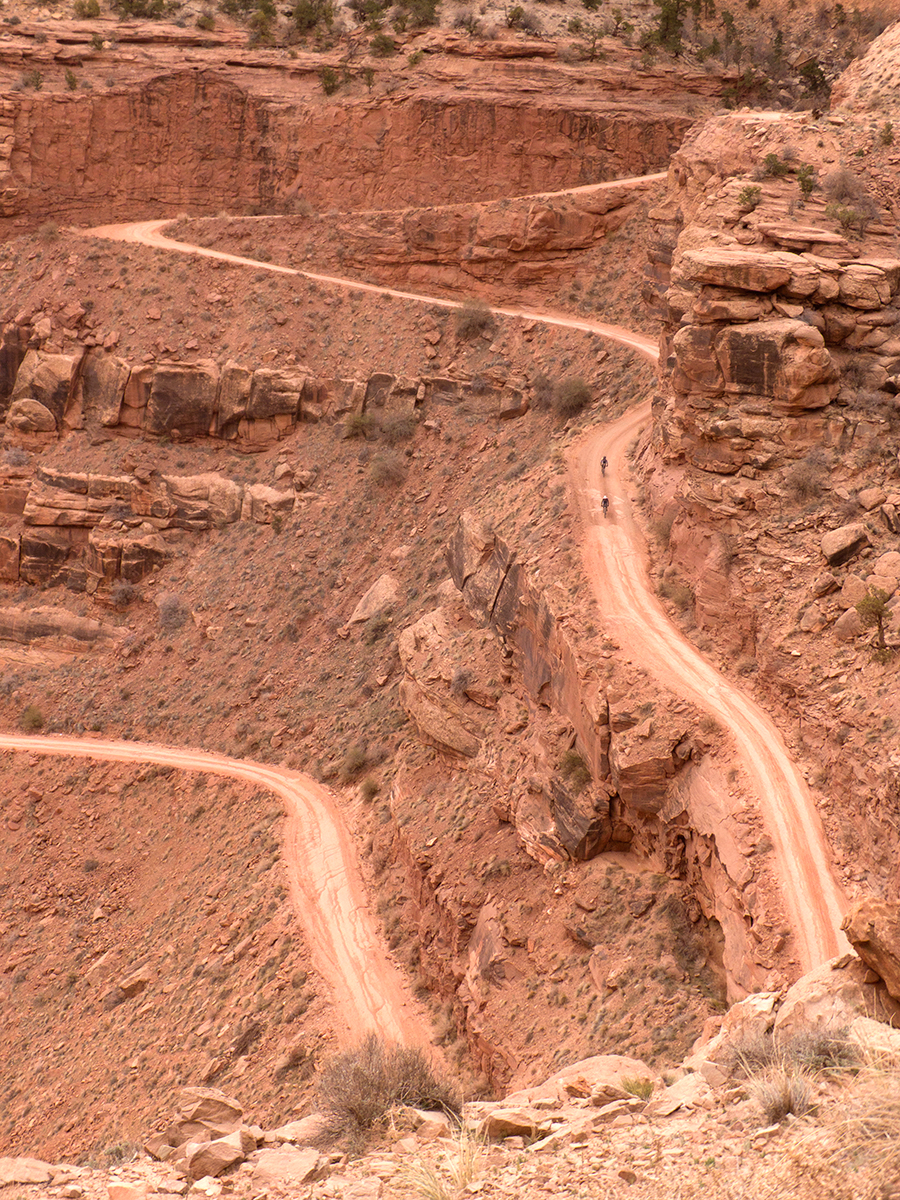 In a rush my fondness for the canyon country, and for the White Rim, returned. I smiled. How could I not? All around me there were tables, spires, arches, crumbling sandstone, and slick rock domes—canyon country! the magnum opus of the 2 most destructive and creative rivers in the world.

I’ve ridden the White Rim many times. It can be mundane. The route can be tedious. It’s always challenging. It’s just a dirt road. Dirt roads are boring*. But I always return for another lap. I can’t stay away. The annual rite ushers in springtime, race season, and long dusty days chasing long dusty trails.

*Except when they’re not.

The canyon country is cowboy country. It’s indian country, too. Hopi, Navajo, Ute, Paiute, Anasazi. It’s old country. Vast, open, rugged. It’s not for the faint of heart, the timid, or for those who prefer to see the world through the glass windows of an automobile. To be truly understood, the canyon country must be felt. Wind, sun, cold, and heat.  It must be tasted. Dust. dirt. Sage on the wind. Chalky water. Each drainage, every table and spire,  is a geological masterpiece. The American southwest—red, white, and blue. Rock, stone, and sky.

We were riding too fast. Missing too much. The mountain biker in me kept pedaling, head down, jaw clenched. I wanted to go fast. I always want to go fast. But the White Rim should be savored. The canyon lands are meant for patient appreciation. Their formation took millions of years—is taking millions of years. The rivers still flow, carrying silt and rock, digging deeper, and deeper. The wind still blows, shaping stony cornices, arches, and impossible towers. What is one day, one passing rider, to the White Rim? We were nothing. A passing shadow. 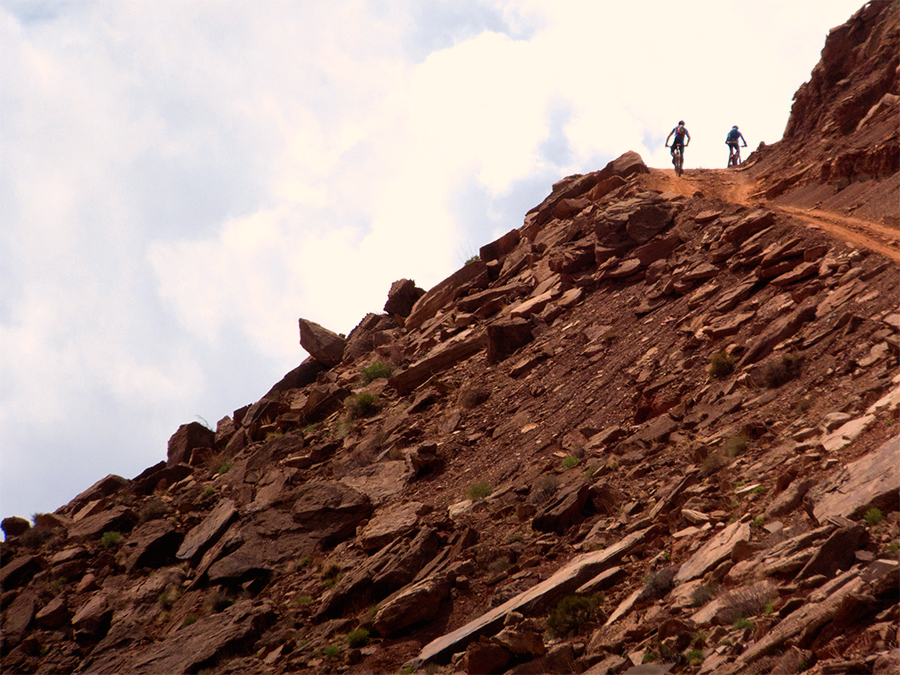 I wanted to stop. To rest. And to watch. Finally, that is what I did.

I pulled over on the banks of the Green River. I chewed more food, and stared unblinkingly at the river. So slow. Is it moving? The thick water meandered under its own creations. I wondered if it gazed above, and remembered its infancy when it roiled atop the plateau, eagerly digging into the soft crust of the Earth. When did the river slow down? When did it understand that its work was the work of eternity, and would require a steady, patient pace?

The bulrushes were brown, not yet awake from a winter slumber. Muddy bars peaked above the surface of the slowly moving water.

A raft appeared. Its occupants were quiet. They let the current drag them into the depths of the canyons. They, like me, admired the rocks above.

I pedaled again. Feeling small under the rim, I hurried onward, hoping to catch (a glimpse of) the group before the tour ended. I followed the river, past scattered, mostly empty campgrounds, until I left the boundaries of the park. There was nothing left to do now, but to ascend. To escape. Like the ancient ones before me. 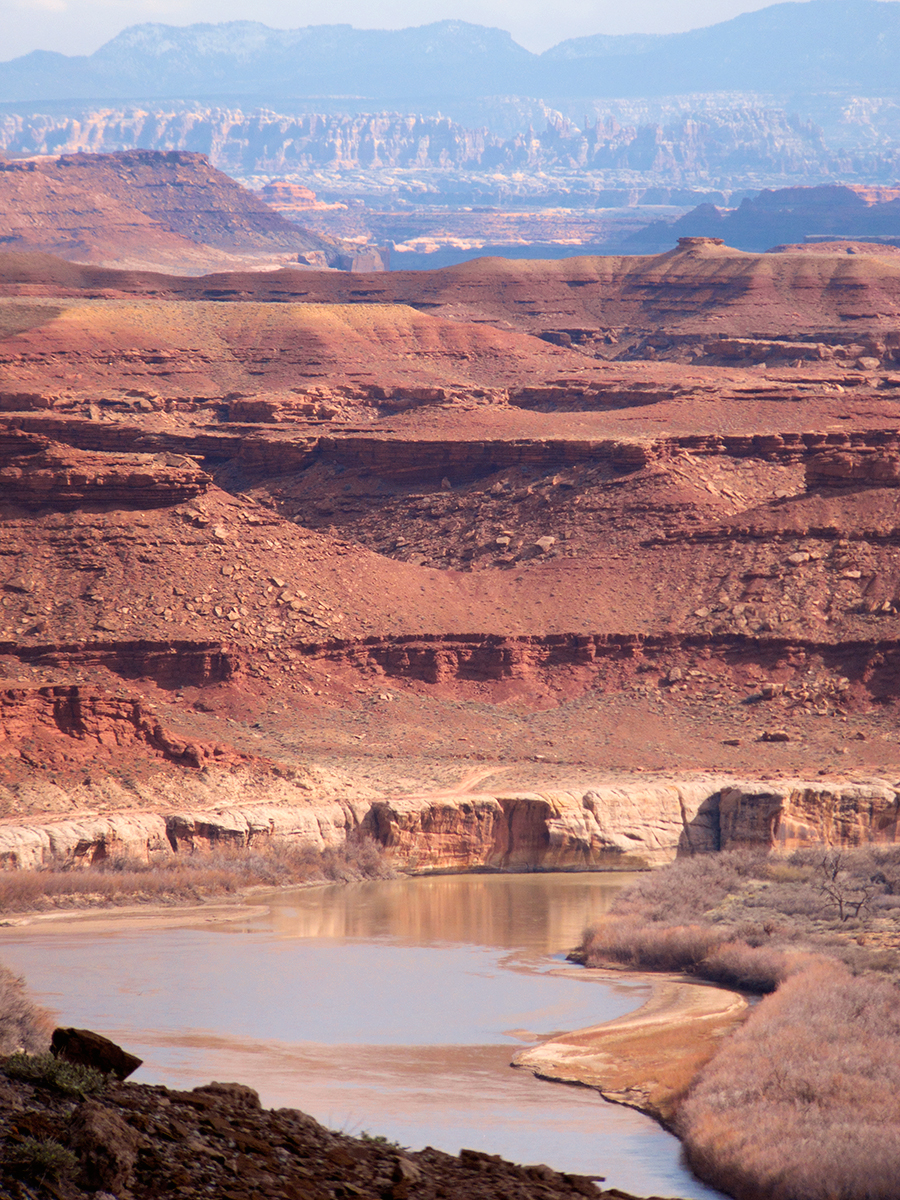 I climbed back through time.

The lap was finished. Smiles all around. Dusty smiles. Hungry smiles. 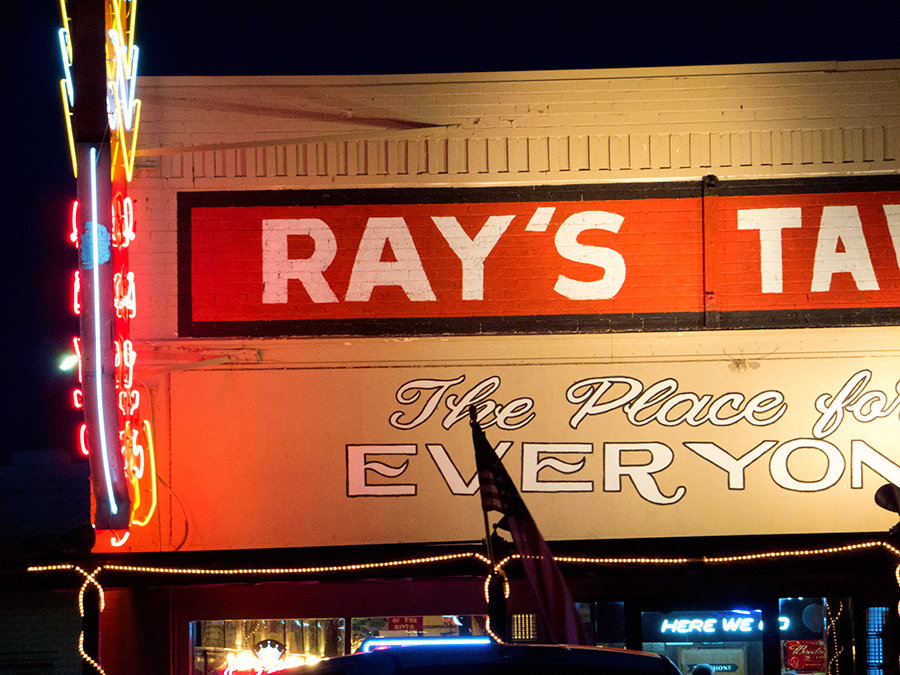