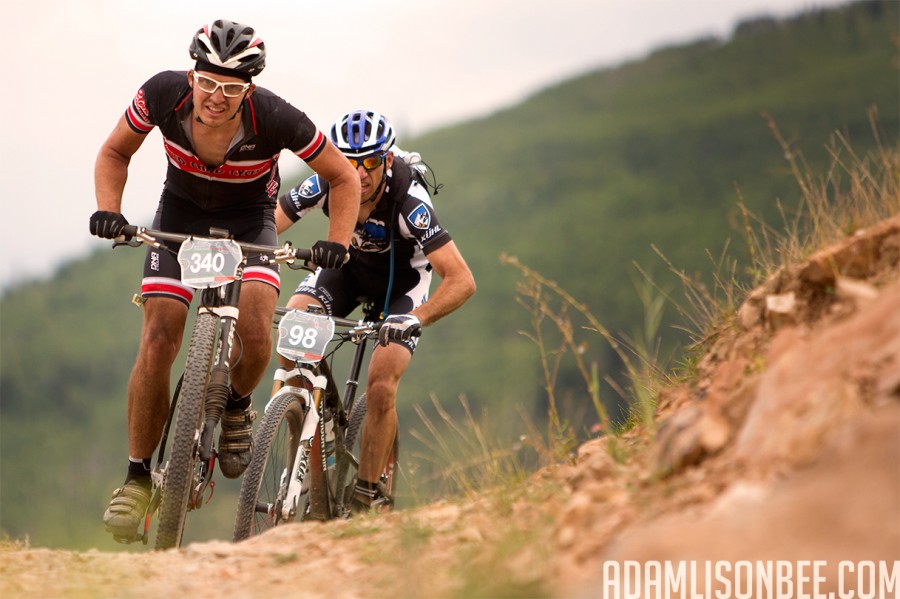 I love racing my bike. I’m very competitive. I have high standards for my own fitness and results.

I often fall short of my race goals. When that happens, I regroup, and try again. When I do make a goal, it feels great. But the next event is always fastly approaching, and my training has to start all over again. The circular nature of bike racing is one of the things I love most about it. Staying fit is important to me, and competing helps me to do that.

But that’s me. You might be different. Your goals, your expectations, your reason for racing a bike, or running a marathon might have to do with trying something new, lowering cholesterol numbers, supporting a friend, or raising money for a charity. Or maybe you race because you have fun doing it. You know, fun? That thing that bosses, politicians, and charlatans try to stop from happening. Fun. Enjoyment for it’s own sake. Laughing. Smiling. Getting dirty because, why not?

If I’m not having fun out on my bike, then I’m doing something wrong.

Find your fun, and do it.

More and more Americans are running marathons. That’s the reason that “[m]edian U.S. marathon finishes for men rose 44 minutes from 1980 through 2011.” In 1980 the marathon sat at the fringes of acceptable activity, something only for the deranged and Olympic hopefuls. Today hundreds of thousands of people finish marathons every year. That should be celebrated. But instead, the new marathoners are being criticized because they just aren’t finishing fast enough!

“If you’re going to get just as much praise for doing a four-hour marathon as a three-hour,” said Robert Johnson, “why bother killing yourself training?”

Maybe the 4-hour guys are killing themselves training. Or maybe they aren’t interested in suicide.

At the heart of this bizarre argument is Joe Desena, founder of the really tough, really hard, really tough, brutal, and super-tough Spartan race series. Joe is a red-blooded American, a man among men. He eats creatine powder dry, and steaks raw. He sprinkles dry creatine on those steaks. I could describe his physical appearance, but you already know what he looks like. He’s every Sylvester Stallone character combined into the summum bonum of badassery. And if you run for fun and don’t care too much about beating that middle-aged mom running with her book group in the same race that you are, or if you promote an event that focuses on the process more than the results, Joe thinks you’re un-American. A sissy. A communist.

Events that don’t post results make Joe angry. He doesn’t like it, because he can’t scour those results pages looking for Spartan racers that he needs to ban from his own, ultra-tough, super-competitive, races. He can’t have Spartans running through pools of mud or clouds of pastel colors just for fun.

“…[E]liminating timing chips and results pages is a sure way to increase profit—while shielding one’s customers’ names from competitors.” Joe growled. He went on to add, that “[if] you can pull the wool over your customers’ eyes and convince them that communism is better, you can drop at least $40,000 to your bottom line every race.”

Ah. Joe likes profits, but only his own profits. That’s American?

He can’t tolerate a little competition from hippy color runs,  dirty mud runs, and housewives. Which is weird, since he brags about all the ultra-ultra races he has completed, and given that the Spartan race is touted as “an obstacle course race designed to test your resilience, strength, stamina, quick decision making skills, and ability to laugh in the face of adversity.” What’s a little industry adversity to a guy who can do 75 burpees in 9 seconds?

Joe doesn’t like his competitors, so he compared them to communists. You know, that is rather American after all. Maybe he can get Uncle Sam to step in and “regulate” the industry.

Running a race is great, but only if you’re doing the right races, and in the right way. Running a marathon unconcerned about the clock “…is emblematic of the state of America’s competitiveness, and should be of concern to us all.” warned Toni Reavis. Individuals making individual decisions can’t be allowed in racing. Only the most competitive, most fit, and most worthy people should be racing. Who’s the communist?

More people than ever are going outside to play. They have all sorts of options – running, cycling, hiking, paddling, backpacking, swimming, mountain biking, and so much more. Some of those people won’t care about the clock. Most don’t. If that’s a national crisis, then we’re doing alright here in the U.S.A.