It's Too Late For Failure

It’s Too Late For Failure

Even if it’s raining outside right now.

Winter is finished. And spring? It’s a short season in Utah.

And with the arrival of summertime, I’m starting to sense the annual urgency that comes with peak racing season. The events that seemed so far off when I registered or committed to them, are now almost reality. Training cycles are no longer about getting fit. They’re about being ready to race specific events.

And of course, the event that has dominated my energy is the Colorado Trail Race. It’s bigger than anything I’ve ever done. A lot bigger. I have no idea if I’ll be prepared for July 21. There’s only one way to truly find out. But until then, I’ll keep pedaling, packing, reading, and scheming.

The turning of calendar pages has brought doubt, questions, and introspection. Am I really qualified to try something like the CTR? Pfft. Is anyone, really? Probably not, and yet…. After all, it is just a bike race. In fact, it’s almost not even that. It’s just bike riding. And I do that almost every day.

Resistance is a predictable, but devious, force. It creeps through the shadows, waiting for the right moment to start whispering imminent demise.

“Why bother at all?”

“Be happy with what you have.”

I’ve let Resistance beat me before. I’ve let it talk me out of doing, and being, more of the things I’ve always wanted to do, and to be. But I’ve also beat Resistance. I wouldn’t be writing these words, and I wouldn’t be planning to race my bike all summer long if Resistance and I did not fight with each other so regularly, and if I did not also win so regularly. But that doesn’t mean that beating it back gets any easier.

I’m about to embark on something new, different, and uncertain. And like the Colorado Trail Race, I really don’t know if it’s something I’m ready to do. I have no idea if I will succeed. But I do know that the closer I get, Resistance has more to say.

Maybe. But so what? When did failure become so poisonous? Why are we so afraid to fail? There isn’t any way to (eventually) succeed that doesn’t involve failure. So fail away.

“But! People will laugh. And scorn. And mock.”

Yes, they will. Misery loves company. And so do people who have never fought, let alone defeated, Resistance.

No, it’s too late for that. I’ve already won. 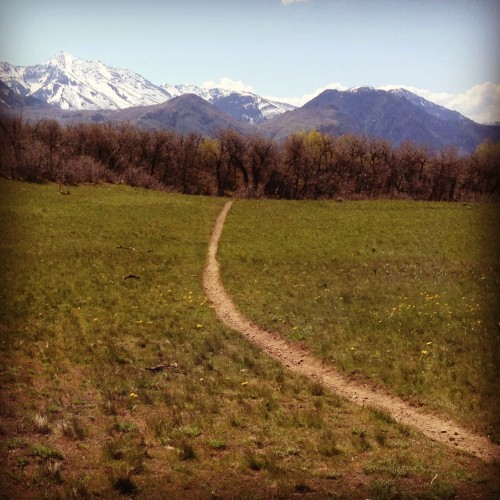