“That’s a nice bike race you got there. It would be a shame if anything were to happen to it.”

USA Cycling is tired of race promoters ignoring them. Instead of creating a race-friendly system that promoters can easily implement into their existing events, and using product superiority to woo grassroots races into the fold, USAC has decided to take a more nuanced approach: threatening promoters by trying to hold pro riders hostage.

I love when professional racers participate in the same events that I do. I really mean that. It’s a thrill. However, their potential attendance has no impact on my decision to enter an event. The heart and soul of mountain bike racing is the grassroots. Both promoters (many who are racers themselves) and racers. Having pro riders at the start-line is nice. They add prestige to the event, and as an amateur, it can be really exciting to have a chance to compete against (in the most nominal sense) Olympians, National Champions, and veterans of the European Peloton. But without  amateurs and weekend warriors paying entry fees, there is no mountain bike racing. 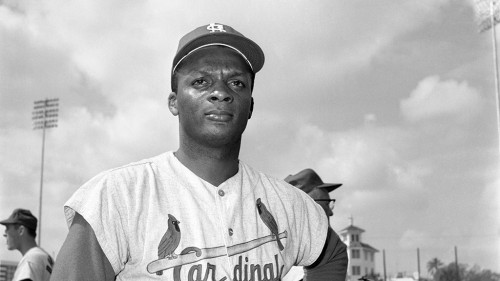 In 1969, Curt Flood, a standout center fielder for the St. Louis Cardinals, refused to be traded to the Philadelphia Phillies. He wrote then: “After twelve years in the major leagues, I do not feel I am a piece of property to be bought and sold irrespective of my wishes. I believe that any system which produces that result violates my basic rights as a citizen and is inconsistent with the laws of the United States and of the several States.”

Bike racers, like all of us, should have the right to earn a living in any way they can. If that means racing at events that happily ignore USAC, and it’s layered, arbitrary, and expensive rules, then so be it. The freedoms of association and movement are fundamental human freedoms. Professional mountain bike racers are not the property of USA Cycling. Competing for money (or other goods, and in any industry) is a right that each of us possesses, and isn’t subject to the whims of governments, associations, corporations, or any other self-appointed authority. Each of us is free to pursue our own best interests.

Flood’s subsequent appeals, and (unsuccessful) legal challenge to baseball’s Reserve Clause eventually led to the free agent culture that dominates mainstream sports today. Athletes are now free to pursue the best contract they can find, and teams are free to pay that athlete whatever they can afford. Flood’s efforts changed the way that owners treated athletes, and are still relevant today.

USAC’s recent devotion to a little enforced (and completely idiotic) rule is not just about pro riders’ ability and right to earn money. Indeed, it’s a threat to promoters, using pro riders as leverage. It’s a cheap tactic to stifle competition, typical of an increasingly irrelevant group of bureaucrats, cronies, and thugs. USAC, who can’t compete on the open market, is trying to force promoters to buy their products. But USAC is misunderstanding the market (naturally). Having pro riders at local events is great, but it’s icing. A bonus. They aren’t the customer base. We are. And USAC is only making it more obvious why we don’t have any use for governing agencies in grassroots racing at all.

Consider some of the great mountain bike events right here in Utah, all of them non-USAC sanctioned:

The Park City Point 2 Point has sold each of its 350 spots in under 8 minutes, 4 years straight.

The Crusher in the Tushars sold all of its 350 spots last year, and its 500 spots this year.

The Intermountain Cup XC series has drawn healthy fields for more than 20 years.

Two weeknight XC series have drawn well for more than a decade.

The Utah State Championship Series is selling out its races.

It’s blessedly easy to fill a spring and summer with events in Utah. And I can do it without worrying about license fees, authoritative course officials, or arbitrary jersey rules. The competition at these events is stiff, the courses are well designed, and each of us is treated like a high-end pro by volunteers and event staff. Our local races are world-class events. Pro racers participate in many of them. But the grassroots riders are filling out the rosters. Even if USAC succeeds in its dismal mission to bully pros into its own events, non-USAC races will continue to thrive.

In many (unintentional) ways, promoters of non-USAC sanctioned bike races are like Curt Flood. They are proving that the market for racing can thrive without oversight from afar, and that racers are fully capable of choosing which events to race, based not on status or prestige, but on cost, event-type, proximity, and word of mouth. In other words, racers and promoters have created a new market, and have made everyone who participates into free agents of a sort. Where I race is up to me.

The drivers of growth, and the channels funneling tomorrow’s professionals are races and series like the Intermountain Cup. It wasn’t very long ago that Utah’s top riders, now winning national races, were lining up just like everyone else at the Sundance Spin or Desert Rampage. Some of those riders still line up at the Intermountain Cup. But not anymore.

Bullying promoters into using USAC services is no way to win the hearts and minds of a faction that already views USAC (and other cycling governments) with an indifferent disdain. It’s also no way to help existing professionals prepare for international events. If USAC wanted Americans to succeed at the World Cup level, it would encourage our best riders to do everything they could to achieve that success. Even if that means racing at non-sanctioned (gasp!) bike races.

Pro racers ought to keep ignoring USAC’s advice, and continue to race where they want to race. USAC can’t fine everyone. And if they can’t fine everyone they can’t fine anyone. Promoters who are running non-USAC events should keep running non-USAC events. After all, USAC only has power that we allow them to have. They can kick and scream all they want, but if we continue to ignore the tantrums, while racing at (and promoting) great races, their influence will shrink into the void—exactly where it belongs.