If you want to be at the top you have to check all the boxes.

I’ve always been a distractable person. When I was a kid, I used to sit down on a Saturday afternoon to watch college basketball, only to jump off the couch midway through the first half and head outside to shoot baskets in the driveway. The same thing would happen while watching other sports. I’d much rather have been doing something, then watching something.

I’m also a daydreamer. I spend idle time thinking about setting personal records at the Crusher, winning the CTR, or surprise podium finishes at next year’s ‘cross races. I’ve been doing that sort of daydreaming for years. But year after year, event after event, those fantasies remain such. The here-and-now has never commanded my energy the way it should.

In this age of hyper-distractions—email, Facebook, Twitter—I often become paralyzed, content to push off hard work, and instead, just think about being great. The process goes something like this:

Half way through, I’ll get an idea of my own.

I’ll leave the essay, and start working on my own idea.

After the initial creative burst, I get stuck, and return to the original essay.

In the end, I just bounce around a lot, and nothing gets fully realized.

My training can suffer from a similar vicious cycle. I achieve some initial results, only to declare myself “fit” and then stop doing the hard things. And yet, somehow, I never improve beyond that. Weird, huh?

I’ve accumulated a lot of half-baked projects. Photo collections, essays, fitness goals, career projections. The items that get my immediate attention are usually the ones that I’m being paid to do (day job) or that involve some kind of social repercussions for failure. For example, looking like a total fraud at a bike race. So I spend my time at my desk, and on my bike. But even those endeavors suffer from my attention deficit syndrome.

And the truth hurts.

I know I can be a better rider. But to be that, I have to check all the boxes. And I don’t always do that. In fact, I usually only check the boxes that are easily checked. Riding a lot is fun. But it isn’t really training. It’s playing. Playing is easy, and although it’s often mistaken for training, it’s not the same thing. Training hurts. A lot. It’s often tedious, boring, and nothing at all like playing. But it’s the only way to get better, faster. Training is also eating right, being lean and light, and getting adequate rest. Empty box. Empty box. Empty box.

Viewed from afar, it’s easy to see why I’ve been getting the same results year after year.

It’s time to start checking all the boxes.

And not just in my training.

By nature, we humans shrink from anything that seems possibly painful or overtly difficult. We bring this natural tendency to our practice of any skill. Once we grow adept at some aspect of this skill, generally one that comes more easily to us, we prefer to practice this element over and over. Our skill becomes lopsided as we avoid our weaknesses.

I don’t want to be distracted anymore. I don’t even really like the things that distract me the most, anyway. Facebook is a junkshow. Twitter is stale. Even Instagram, my distraction du jour, has limited value (although it’s still free from the things that ruined Facebook). And so I’ve been resisting the urge to indulge in the absurdities of the Internet. It hasn’t been easy. Routine is routine. The noise emanating from The Mob can be alluring. Nevertheless, I’ve narrowed the list of websites that I regularly visit. I’m trying to train better. And I’m working on my own projects in earnest, instead of dabbling here and there on just any idea that flitters through my brain.

To attain mastery, you must adopt what we shall call Resistance Practice. The principle is simple—you go in the opposite direction of all of your natural tendencies when it comes to practice.

Instead of doing the things that come easy, over and over again, I need to practice my weaknesses. I need to do the things that hurt, are frustrating, and that I usually like to avoid. I need to experience pushback in my practice and my training. If a workout doesn’t hurt, it’s not a workout.* If I’m not struggling at the keyboard or behind the camera, then I’m not learning anything.

*Recovery, excepted, of course. But how many times do I put off real training for more “recovery”?

Mastery is a slow process. I like to make it even slower by being undisciplined and lazy. Instead of sitting still and watching, I want to play. The urge to stay comfortable is often irresistible. It’s really easy to get by checking only the boxes that I like to check. But if I want to change, I have to do things that I don’t like to do. I’ve never met anyone who stands on podiums who skips boxes, or who plays all the time.

I’ve tried to get by for a long time doing things just well enough. I’ve made a lot of excuses. I still make them. “I’ve got a job, 5 kids, I’m busy.” They are terrible excuses. “It’s only amateur racing.” “It’s just a hobby.” “I write and shoot on the side, just for fun.” Baloney. Garbage. Weak. I despise mediocrity, and yet, I’ve been steeped in it. In many ways, I define it. And I’m ashamed of that, because I know I can be better. And that’s all I want. To be better. To be my best.

And the only way to do that is to check the boxes. Do the work. Stop worrying about all the excuses, the distractions, and the reasons that I might fail.

Maybe this new focus is one of the reasons I am finally getting serious about the Colorado Trail Race. I’ve fantasized about doing it since 2007. I’ve put it off because I know that it isn’t an event that I can finish just checking the convenient boxes. I’ve known that getting ready for the CTR would be painful, tedious, and consuming. I am going to have to be mentally, physically, and emotionally sharper than ever before. My hope is that I will become a better rider (and writer/photographer) through that process. By ignoring the voices of distraction, and narrowing my focus, I believe I can be better (at everything) than ever. Check. Check. Check.

Time to get to work. 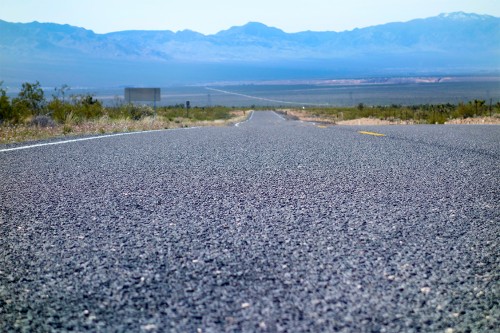