Rising Above the Fog

Rising Above the Fog 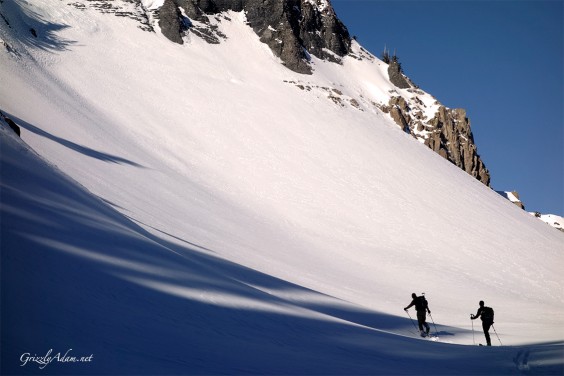 The pearl blue sky collided with the stark white of the mountain snow. Outcroppings of rock interrupted the blue and white with defiant splashes of granite brown. Scattered evergreen trees huddled against the hill, indifferent to the cold, naked winter. The clean air, the blue sky, and the sunshine were anathema to the gray, toxic malaise that was laying siege to the valley below. Our homes were engulfed in misty soup; bitter, metallic, lingering. An escape was mandatory.

I had almost forgotten the elevating influence of sunshine. My mood, like the air in the valley, had been stagnant and unpleasant. Rising above the fog into the high-reaches of the snowy mountains was a literal and figurative cleansing. A purging of toxins, and a clearing of the mind. Hiking through the snow and into the massive cirques of Timpanogos was a reminder that wilderness has a unique redemptive quality; an ability to heal the body and the soul. John Muir wrote that “…our bodies were made to thrive only in pure air, and the scenes in which pure air is found.” Indeed!

And during the annual inversions of a Wasatch winter, mountain air is the only clean air.

As I hiked, the disgruntled, impatient frustrations of the lowlands burned away. The trudging and trail-breaking replaced the loitering apathy of the cold, dirty world below. The joy of winter, and the beauty of snow and sky—lost momentarily—were rediscovered in a grand and sudden ecstacy. For the first time in weeks, I felt whole and happy. 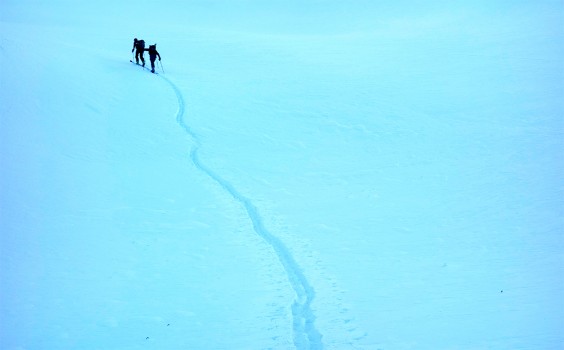 Timpanogos is bigger, and more spectacular, than its ever given credit for. The many cirques, high-elevation meadows, and awe-inspiring reliefs offer a life-time of exploration. Contrary to the river of human traffic that ascends its slopes in the summertime, it is an entirely empty mountain during the winter. That emptiness is motivation enough to climb through the snow. The white-laden beauty of the basins and alpine peaks is an indulgent perk, amplified by the quiet, stillness of the hill.

With no trail, and no crowds, to lead the way, we made our own way. Upward. Through and around bands of rock, trees, hogsback ridge lines, and avalanche paths. When, at last, we sat down for lunch, the world unfolded at our feet. Far below, the poisonous blanket of smog and fog covered the cities. But here, high on the hill, we could see through the clear skies across a mapfull of mountainous miles. To the north, Lone Peak and the Pfeifferhorn were hooked and craggy, Box Elder, Red Baldy, and the American Fork Twins, were radiant in the gleaming winter light. To the east, the edge of the Uintas scraped the horizon, and to the south, Provo Peak, Cascade Moutain, and Nebo rivaled the rugged, wonderful beauty of Timpanogos. 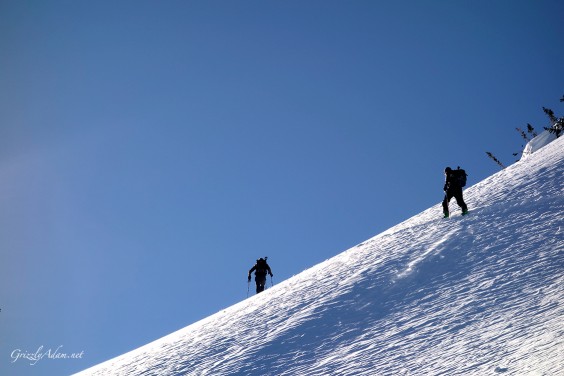 We ate our modest lunches underneath the summit, in a wide basin that explodes colorfully with wildflowers during the spring and summer, but today was a sea of flowing, rolling white. We talked as we ate. We gawked as we talked. Three of us, in our natural habitat. Dirtbags, gear heads, hikers and skiers. The warm sun bounced off the snow, baking our faces. Nobody wanted to be the first to make for home. So we sat a little longer. 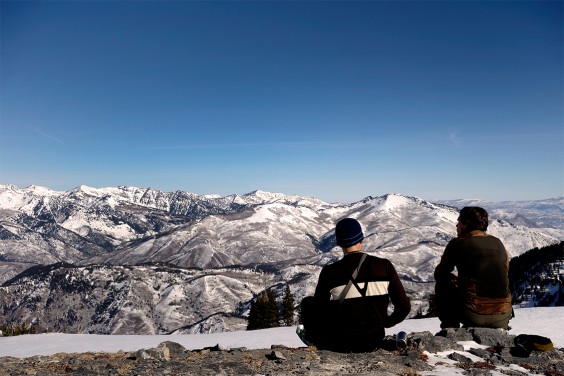 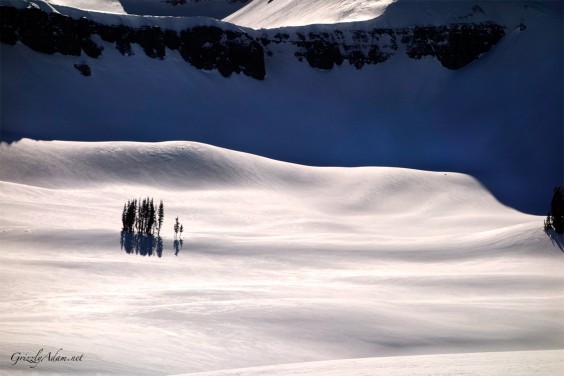 When finally it was time to descend, we hooted and hollered through the surprisingly soft, fast, and unskied snow. Had anyone skied these lines this year? Doubtful. First tracks. Virgin snow. Our exit was a long, narrow, and utterly wonderful chute. An hour-glass—wide slopes and narrow chokes.

And then we were home. Once again beneath a murky blanket of stagnant, trapped air. Back among the vehicles and the traffic. We were no longer dirtbags or gear heads, but husbands, fathers, and cubical-occupants. The fantasy had ended. Reality, as always, had the last laugh.

But not for long. Another day on the mountain, and another escape from the foggy uncertainty of life in the lowlands, is always near at hand. 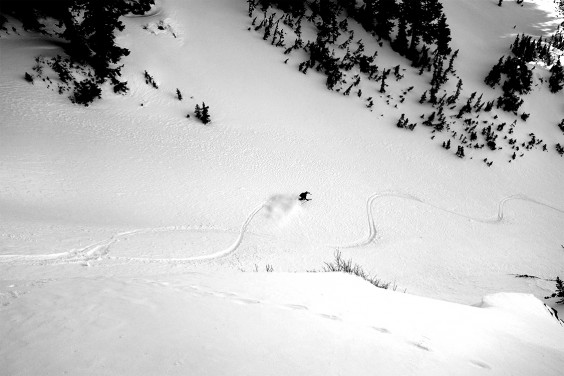