I’ve now raced the Crusher twice. Once on a mountain bike, and once on a cyclocross bike.

Which was the better choice?

Or more specifically, a ‘cross bike with mountain bike gearing.

Which I didn’t have. My low gear of 34-28 was not low enough. Not for the Col d’ Crush. Not even close. But for the other 65 miles of the race, I really enjoyed riding the ‘cross bike. The Raven’s were the perfect tires, and my NoTubes Alpha wheels stayed true over the teeth-chattering washboards that wreaked havoc on seat bags, water bottles, and chains. My bike worked perfectly all day, and I never wished for flat bars, fat tires, or suspension.

The only thing I did wish for was lower gearing*. And that’s an easy fix for 2013. 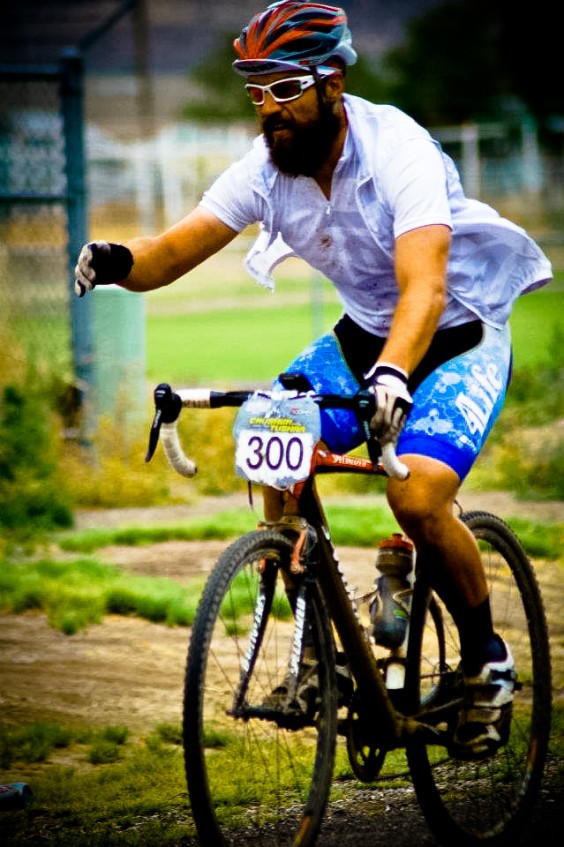 That I thought 34-28 would be adequately low was a significant oversight. I had trained on that gear for weeks, and it was never too tall. I rode the 100 miles of Nowhere, the Big Dang Loop, and several other climbs on the 34-28 and the gearing was always good. What was the problem on race day? My legs? Maybe (probably). The soft, wet dirt? Perhaps. Or was the problem the Col d’ Crush itself?

As I slowly (so slowly) turned my pedals over while inching my way up the mountain, I realized for the first time, and with some horror, that the Col d’ Crush gains more elevation than American Fork Canyon does, but in 1/3 the distance—3,000 vertical in 4 miles. I also remembered that one of the driving factors that caused me to switch to the mountain bike in 2011 was gearing. There is no such thing as a gear too low. Not for the Crusher. And yet, I seemed to have forgotten that all-important lesson. Indeed, most of the 12 minutes I lost to my 2011 race came on the Col.

But that’s the Crusher. Any mistakes are amplified and exaggerated. Weaknesses are exposed. Lively, energetic people become the walking dead.

And that’s a part of what makes the Crusher what it is. It’s why I love the race.

Already I am scheming about the 2013 Crusher. Hopefully that scheming will be more about my own fitness than the bike or tires. Other than lower gearing, I would not change anything about my 2012 bike. Of course, that doesn’t mean I won’t change things next year. But assuming the course stays the same, my bike and tire decisions for next year are made.

Now, if I can just figure out how to improve the motor…