Riding a bicycle up a mountain is painful, but it never hurts.

When an email arrived from Fatty, inviting me along for his annual 100 Miles of Nowhere, I couldn’t think of a good reason not to ride. The proposed route was ridiculous: American Fork Canyon, over and over. And over. 11 miles, 2,900 vertical up, 11 miles 2,900 vertical down. In between the bottom and the top are switchbacks, steep leg-busters, and endless scenery. AF Canyon is one of the best road rides anywhere. And anyway, I had already done the climb 3 times in 3 days, so why not continue the streak?

So we climbed. And then descended. Eventually—8.5 hours later—the odometer ticked over 100. In all, we climbed (and descended) 13,600 feet. We rode AF Canyon 4 times. We mopped up the final miles with a couple of smaller descent/climb laps. Afterward, we ate burritos as big as children. The ride capped a rather big week for me: 19 hours, 250 miles, 28,600 vertical, and 9 trips to the top of American Fork Canyon.

If there is one word to sum up a ride like this, that word is absurd. Totally absurd. But its absurdity only exists on paper. The actual riding was anything but. The company was good, the conversation likewise, and the scenery, world-class. The climbing was tiring, but never tiresome. The only hiccups on the day were the various obscenities we heard from passing motorists who were inexplicably in a hurry while driving a canyon road that does not lead anywhere that justifies hurriedness. That is, if you find yourself impatiently speeding up a narrow mountain road, you are doing it wrong. When someone yelled “F— you, get off the road dumb a–!” I realized that maybe we were not the people acting absurd after all.

Alas, that’s cycling. Or rather, that’s cycling on a Saturday morning in a canyon that was overrun by Neanderthals with horsepower. However, not everyone was rude. Most of the motorists were courteous and encouraging.

Later, I wondered if riding up and down the same canyon was really all that different than any other ride we do. That is, bike riding itself can be rather absurd. But that’s also why it’s so enjoyable. More practical minded people (“Get off the road!”) see cycling as a meaningless endeavor for people who shave their legs and wear pink lycra. They treat it as a hinderance to their more important pursuits, and an activity reserved for those not tough-enough for motors and guns and obscenities. But while the roundabout nature of riding a bike vexes the impatient and agitated, it relaxes and enhances those who actually pedal their bikes. If there is such a thing as utopia, bicycles are a part of it. Dystopia, on the other hand, is a world of grease and oil and metal.

More people riding bicycles is never a bad thing. Everyone who recreates in American Fork Canyon (or any canyon) ought to pedal up the road at least once. Not (only) to experience the impatience of passing motorists, but rather, to truly experience the canyon itself. To hear the rush of the river, to fight the headwind (or enjoy the tailwind), and the gravity, and to appreciate its steepness, scope, and grandeur. Riding a bicycle slows us down. Pedaling forces us to listen and to see, and helps us to appreciate the absurd.

And maybe more absurdity is exactly what the world needs. 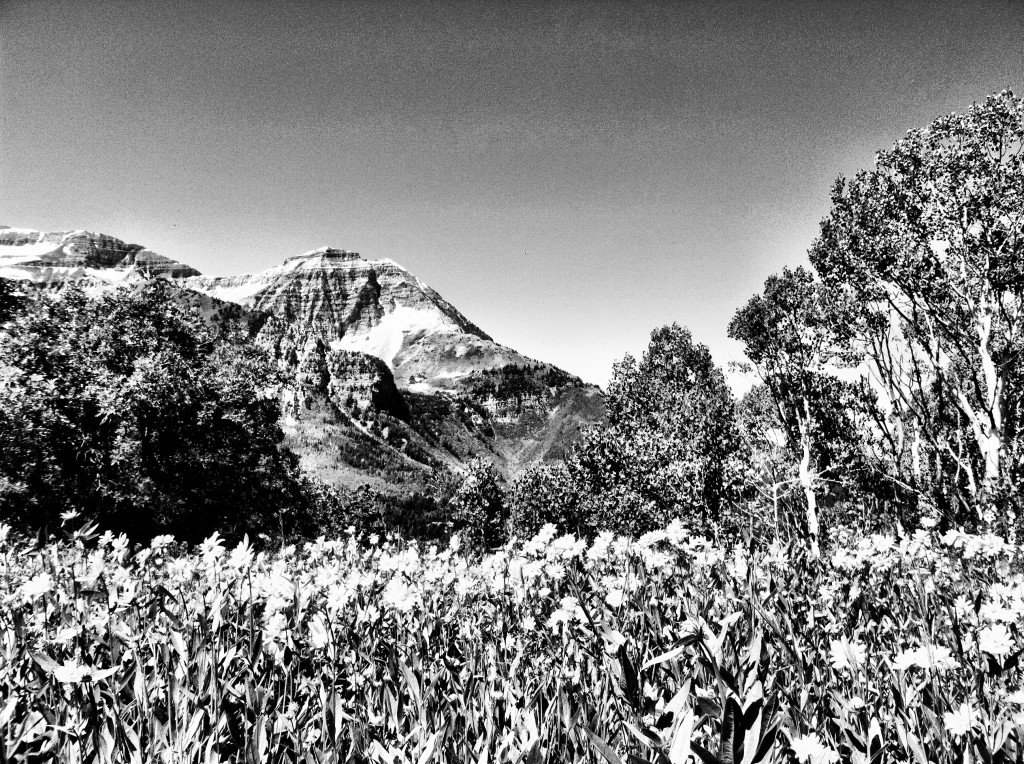