It's Supposed to Be Fun

It’s Supposed to Be Fun 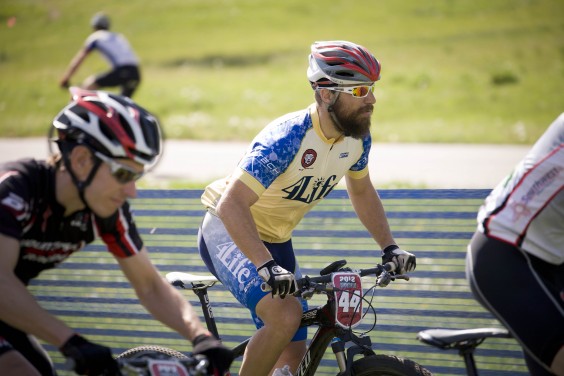 The group splintered immediately. The stout, steep climb broke us apart like waves on breakwater. Those with the legs, rode away up the hill. The rest of us labored painfully over the top. I was dizzy. My breathing was deliberate and forced. My legs were screaming. “Why do I feel so sluggish?” I wondered if my brakes were rubbing, or if one of my tires was slowly going flat. No, the brakes were fine. And so were the tires. The sluggish, heavy feeling originated in my legs.

The climbing ended. I breathed deeply as the dizzy blur faded into clarity and focus. My legs started to feel better, lighter. I stood up and chased. Slowly riders started to grow closer. I passed one, and then another. And then a few more. But the lead group was gone. Gone forever. I glanced behind me. Nobody. Ahead? Nobody. I was, once again, in no-man’s land.

The race course at Soldier Hollow, Utah is really two courses in one. The lower half is fast, wide, and requires constant pedaling. The upper half is singletrack, and is a more traditional mountain bike experience: switchbacks, rocks, and no room for error. The sum of the parts is a unique course, part cyclocross, part mountain bike. The long sections of relatively flat terrain are interrupted by short and abrupt climbs that sear the legs and explode the lungs. They are not hills, so much as they are walls. Any easement in the pedaling, and the train of riders behind will charge by with sudden authority. It’s a course that requires one to go, and to go hard.

There is no place to hide.

And so, I went. Until I couldn’t anymore.

Being caught in no-man’s land was an undesirable predicament. With nobody visible ahead, there was nobody to chase. And with nobody chasing, there was nobody to run from. Complacency, and a false sense of speed, lulled me into a trance. Until the 40s, who had started a couple minutes back, started blowing by me. From top to bottom, the Expert 40s are the fastest (non-pro) group on the local circuit. That fact gives me hope. Who knew that mountain bikers get better with age?

One by one they came by, and one by one, I latched on for a tow. Grabbing the faster wheels forced me to dig a little deeper, and ride a little harder. I remained in categorical no-man’s land, but found a game of cat-and-mouse nonetheless. And in the end, progress. A little, anyway.

The next day, I brooded over my result. “How long am I going to bother with this eternal treadmill?” I wondered. “I won’t win many, or any, races. I won’t ever be as light or lean as the traditional cyclist. But I can be better, right?” But how much better? And to what end?

To what end? It’s a question that I ask all too often. Indeed, it’s a poisonous question. A way of quitting something before ever trying at all. It’s a question that breeds indifference, apathy, and destruction. To what end? Who cares! The results of anything we do—bike race, or otherwise—can’t be controlled, or pre-determined. There is no way to know with certainty if the latest campaign at work will succeed, or if anyone will read your book, or if you will win the next race. The variables are infinite, and the metrics of success, indefinite.

Later, I realized once again, that worrying about results, and that being disappointed with them, is futile and pointless. I raced hard. I did my best. And I am happy about the effort. I am encouraged and optimistic at the incremental improvements that are slowly, but unmistakably, manifesting themselves. And best of all, I had fun. A lot of fun. Racing bikes is supposed to be enjoyable. Why that is, or how that is, I will never understand. But pushing our bodies and minds beyond the limits of reason is delightful.

Immediately after the race, riders were clustered together swapping stories and doling out praise to one another.

“Nice move on that switchback at the top.”

“That attack was brutal, you blew my doors off!”

“Way to close the deal.”

There were high-fives and claps on the back. Hand shakes, and half-hugs. They were all handed out evenly, regardless of finishing times or placement. Everyone understood that everyone else had suffered, dug, and pedaled just as much as they possibly could. We were, at that moment, equal.

But most of all, I love the riding.

We mountain bike racers are like children. We play in the dirt. We go fast. And we ignore reason.

In other words, we have fun. A lot of fun. 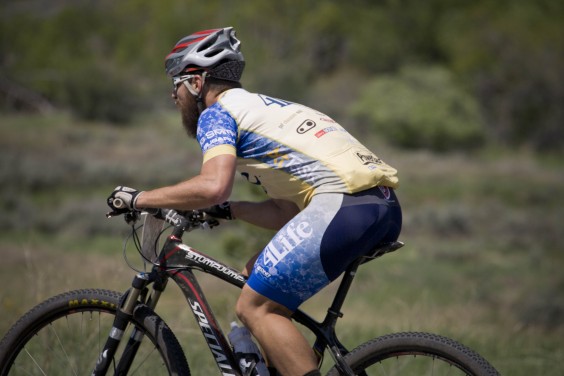