No Bad Days on Bikes

No Bad Days on Bikes 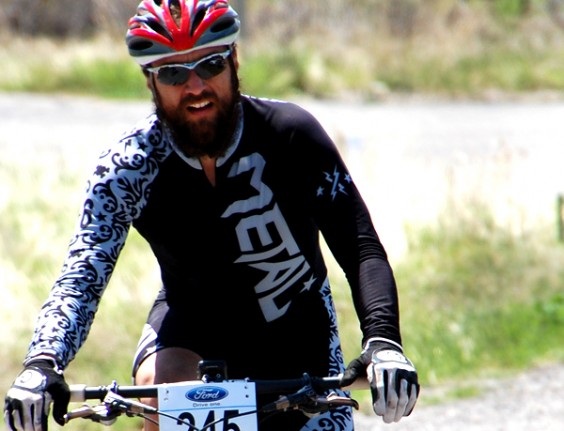 Being sick is miserable. Obviously.

There’s never a good time to be sick. But there are especially bad times. Like race day. As I warmed up for the first USCS race of the season, it was readily apparent that I should have been home. In bed. But, I had pre-registered. And the race was practically in my backyard. What choice did I have? And so, I lined up. I felt terrible. Truly terrible. I had chills, body aches, and a solid headache. However, I secretly hoped that I’d be able to race away the sick. That I’d be able to “dig below the sickness” and race as if I were healthy.

My first clue at how bad a day it was really going to be, was the electric energy coming from my fellow racers. Are mountain bikers always so hyper? And talkative? Racers rode their bikes up and down, round and round, this way and that way. And they talked. And talked. It was like being in a jar of buzzing mosquitos, everyone was zipping randomly in every direction, trying to escape into the wide, open air.

I sulked. I faked a few smiles and conversations, but it was useless. I was a man apart. I elbowed my way to the front of the pack and secured myself a good place to start anyway. I thought, “as long as I’m faking it…”

Which is exactly what I was.

This race was unique. The lap was short—just a few miles—and fast. A couple of doubletrack climbs broke up the narrow singletrack, but mostly the race was a twisted, rocky, and compacted version of its longer, more breathable cousin—the XC race. It wasn’t quite XC, and it wasn’t really short-track. It was someplace in between, a ‘cross/XC hybrid. Fast, short, technical. It would all last just an hour… or maybe a little bit more. But not much more. I figured that if I were really sick, that I could fake my way through the race, secure a few series points, and go back to bed. Anything can be faked for an hour, right?

Anything, except mountain bike racing.

It took no more than 30 seconds for the entire flight to utterly and completely leave me. They all rode away immediately and definitively. I gasped for breath, and more gears, as I soft-pedaled (at 175 bpm) up the opening climb. A climb that seemed especially long and steep, but in reality, was not at all long or steep. I knew then, that it was going to be a very, very long day. And in the end, it was.

I finished. Dead last. Indeed, I think it was the first time I had ever finished absolutely last in any race. I once finished something like 235th in a high school cross country race. But there were two or three kids behind me that day. It once took me over 12 hours to finish the Brianhead Epic 100. But it took a few others even longer. Somehow, no matter how badly I have raced, there have always been someone whose day was worse. Or, if not worse, at least, longer. But not this day. No, on this day I finished with the distinguished honor of the Red Lantern.

But I was sick. Really sick.

In fact, the rest of the day, and into the next week (and lingering still), this long-overdue physical correction caused me to hobble around the house like an old man. I’ve shivered and moaned, complained, and coughed. And all the while, I lamented my result. Dead last.

But I was sick! Somehow the words never brought any comfort. Yes, I was sick. But I lined up, anyway. And lining up at a race comes with certain unwritten declarations. Among them: “I am here to race, and to win. I am here to compete. I will do everything in my power to beat you. Right now, we are friends, but when the race starts, we are enemies, rivals, competitors.” And so, being sick, while a legitimate reason to skip a race, is not a legitimate excuse for a poor performance during a race. I lined up. I knew what I was getting myself into. Being destroyed by my competitors was the only possible outcome. It was just and inevitable.

I thought, erroneously, that I could fool my body. In fact, isn’t that what bike racers do every day? Fool our bodies into performing heroic acts of 2-wheeled supremacy? Actually, no. Instead, we fool, not our bodies, but our minds. Our bodies are well-trained. Finely tuned. Or, at the very least, tuned adequately. It’s our internal, mental governors that need fooling. Perhaps that’s why I never really considered skipping the race. I’ve become too adept at self-deception. I tricked my brain into thinking that I was ready to race. Which, of course, is nothing new. I would have done the same thing, had I been healthy. Only, instead of tricking the the mind into thinking I were healthy, I’d have tricked it into believing some other delusional stupor involving trophies, oversized checks, and podium girls. Alas, there were no podium girls. None at all.

As I pedaled around the course, others must have wondered if I were actually racing. “He has a race number,” I imagined them thinking, “but nothing else suggests he is racing at all.” No. I was racing. Nominally. I reminded myself over and over that “this is an amateur event. There is no shame in completely sucking.” Indeed, that is true. But that I had no pride whatsoever is indicative of how awful I really was feeling. There are two kinds of suffering: Good suffering. And bad suffering. And there was nothing good about how I was feeling.

And yet, racing is racing. And riding a bike is better than not. I tried to fake my way into fitness. I failed. I pretended not to be ill. But I was ill. The alternative, however, was far more undesirable. I could have stayed home in bed, but I would have been just as miserable. And so, given a choice of miseries, I’ll choose bike-misery over regular-misery every time.

It’s been said that “there are no bad days on bikes”. It’s an awfully presumptuous idea. But it’s also the Gospel Truth.

Indeed, suffering on a bike, is always good suffering. 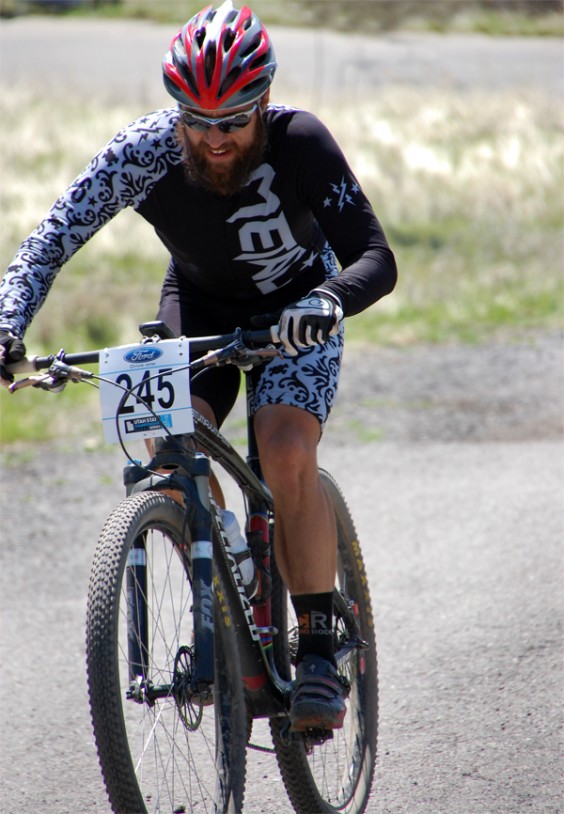