It’s impossible to pinpoint exactly when I started calling myself “a cyclist”.

Maybe it happened when I started using clipless pedals. Or the first time I rode with a heart rate monitor. Or when I started shaving my legs more often than my wife was shaving hers. I once read (in Bicycling, if I remember correctly) that riding a century for the first time is a sort of signal flare, a way of telling your friends and family that all this bike riding is “more than a hobby, but a lifestyle.” I rode my first century at about the same time I started using clipless pedals, the heart rate monitor, and so forth. But the century was a symptom, rather than a disease. It was a natural, seamless continuation of a way of life that was becoming more and more enjoyable and important to me.

But between the landmark accomplishments and cultural integration, was something deeper and more nuanced happening in my life. I began to realize that riding a bicycle, itself a simple, common act, was changing the way that I saw the world. Riding a bike was causing me to think and see everything differently. Or, if not differently, at least more clearly. And I know that right now some of you who know (or think you know) how I see the world are rolling your eyes in amazed disbelief. “I know you,” you are thinking, “and there is nothing clear about your worldview!” Well. Imagine that view before I started bothering with the bike.

But I’m not defending my belief system. Not today. Rather, my point is that before I started riding regularly, that belief system was, at best passively dormant, and at worst, deliberately neglected. In other words, I never thought much about anything at all until I started to spend countless hours, usually alone and surrounded by beauty, on my bicycle. The only conversation available was internal. I had a choice: ride in silence, or talk to myself. I chose to talk. And to argue. Sometimes aloud. As if a cyclist in rural Utah isn’t already an anomaly, imagine one mumbling to himself, while riding alone on the west side of West Mountain.

Eventually, I started to reconcile what I wanted to believe, with what I knew was true. That process is (like fighting a dragon) ongoing, evolutionary, and at times, even revolutionary. I am a different person than I was 15 years ago. I suppose that would be true with or without the bike. But in my case, the bike was instrumental in my growth as an adult. That is, I grew up on a bicycle. And that’s probably why I see the world as a metaphor for cycling, instead of cycling as a metaphor for the world. I’m a cyclist; everything is a trail or a road to be pedaled. Everything is a hill to climb, a headwind to face, or a mechanical to fix.

The most important thing I’ve learned through all the hours, and among all the miles, is that cycling creates cyclists. Tautological? Clearly. But if other cyclists are anything like me, and there are a few of you that are, then I know that you are also arguing with yourselves while spinning across gravel roads in Iowa, climbing mountain passes in Colorado, or snaking over singletrack in Georgia. And that means that each of you are also growing up on bikes, and, regardless of the various and distinct conclusions that we each arrive at, that we can all be sure of one thing: the world needs more people on bikes.

Why? Because cyclists have learned that life is meant to be self-powered, spent with friends and family, and energetically cooperative. Cyclists understand that headwinds, while vexing, can be mitigated. Cyclists have realized that team time-trials and solo break-aways are not contradictory, or mutually exclusive. Indeed, they are symbiotic. That is, individual and cooperative accomplishments cannot exist without each other. Behind the solo victory is a team. And inside the team, are individuals. Too esoteric? Or too obvious?

And that’s why the world needs more cyclists. 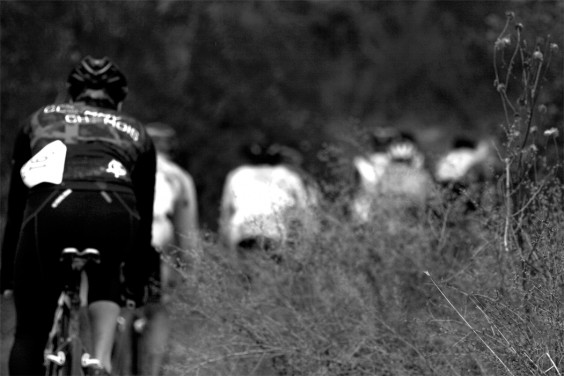