Bella Coola and The Chilcotin

Bella Coola and The Chilcotin 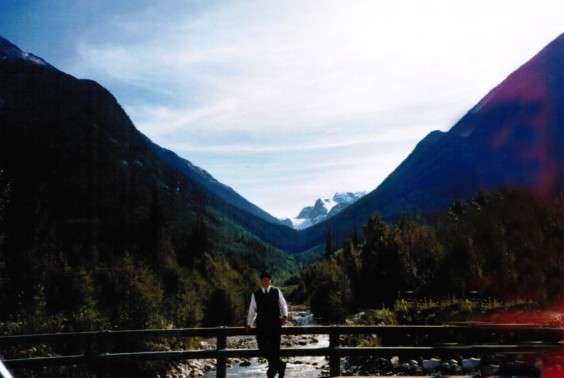 British Columbia isn’t like the rest of Canada. British Columbia is its own world. A world varied, beautiful, and vast. It is enormous and thick. The forests—rainy on the coast, coniferous in the interior—are dense and wild. Bears, grizzly and black, roam freely. Mountain lion, elk, deer, mountain goat, and bighorn are plentiful. The inner channel between the mainland and Vancouver Island is a watery highway—commerce, fishing, and tourist traffic float idly by on barges, massive cruise ships, ferry’s, and dingy’s. In the winter, flocks of Bald Eagles feast on the fish caught ashore by the receding tide. In the summer, the boats must dodge the pods of Killer Whales.

Beyond the lower mainland of Vancouver and its suburbs, the Province is scarcely populated. Small towns like Kamloops, 100 Mile House, Horsefly, and Williams Lake are scattered on the map. Many of the towns in central and northern B.C. are located on the banks of the 850 mile free flowing Fraser River. Its headwaters, a trickling spring underneath the summit of Mount Robson. It and its many tributaries empty into the Straight of Georgia at Vancouver. The Fraser is the Colorado of western Canada, and its John Wesley Powell was Simon Fraser, for whom the river is named.

In central British Columbia, west of the Fraser, east of the sea, is the Chilcotin. An empty, sprawling wilderness of spruce and thick bear brush. A region though not unexplored, is primitive, pristine, original. Natural lakes are scattered among the dense forests and stretching, grassy plateaus. At Williams Lake, Highway 20, much of it dirt, meanders westward through the Chilcotin through small outposts like Keena Keene, Chilanko, and Tatla Lake. The road passes through Tweedsmuir Provincial Park, where grizzly and Bigfoot are as common as birds—or so we were told. We saw birds, but neither grizzly nor Bigfoot. 450 klicks (280 miles) from Williams Lake the road plunges precariously off the plateau, and down Freedom Road—aka The Hill—into the bottoms of British Columbia’s rugged, inaccessible west coast, where it terminates at the hamlet of Bella Coola, population: 909. 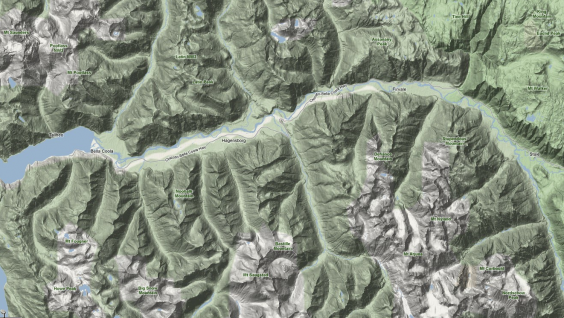 I traveled to Bella Coola in the summer of 1997 when I was living in Williams Lake. I was an LDS missionary, and had the happy opportunity to visit the inexplicable and unlikely branch of the Church there. This unknown town at the edge of the Earth, hundreds of miles from Williams Lake, itself a rather small, sleepy mountain town, was home to 20 or 30 Mormons. Indeed, the small town is home to 7 churches of various denominations. The LDS branch was formally establish in 1958 and was anchored by the Mecham family, who arrived in the valley in 1928. I stood before the small band of Saints in the small church and thought that I was looking at the modern equivalent of families Brigham Young called to establish towns—and branches of the church—in places like Orderville, Kanab, or LaVerkin. At that moment the poetic words from the Doctrine and Covenants were never more appropriate, never more literal: “Therefore, fear not, little flock; do good; let earth and hell combine against you, for if ye are built upon my rock, they cannot prevail.” 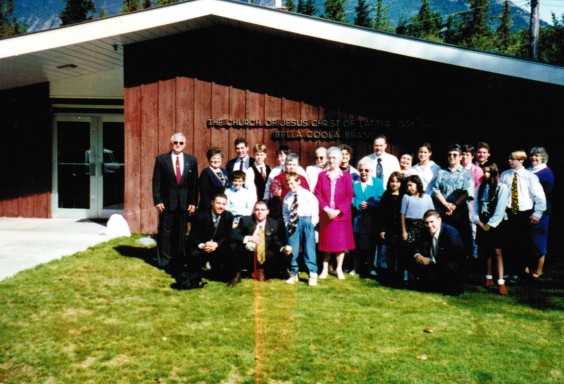 Above the church, which is built on the banks of the Bella Coola River, the spectacular peaks of the Coast Mountains, snow covered in September, dwarfed the town, its people, and the small valley they occupied. Mount Nusatsum, Matterhorn Peak, and Mount Stupendous cast long shadows over the vibrant, wooded valley. It was, if there ever was one, an Eden. Paradise. I thought briefly about abandoning my religious duties and staying in Bella Coola indefinitely. Population: 910?

When we drove up The Hill, eastward, toward home, we were already missing the Bella Coola Valley and its friendly, warm, hearty people. We sped into the gloom and drove silently through the most beautiful country any of us had ever seen, or would ever see. The sun sunk low into the west, behind us. The intensity of the sunset was not simply colorful, but rather, it was colourful. The sky blazed with orange and red, pink and blue. The dark earth spilt the horizon. When we crossed the Fraser River we knew that we were getting close to home. And we knew that we’d likely never again return to Bella Coola and the Chilcotin. 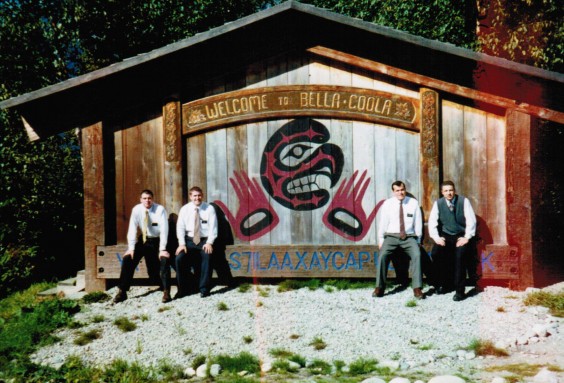