I was recently and disparagingly called a “libertarian environmentalist” because of my support for a free society, and my opposition to the SkiLink project. The term was used by a Utah Republican lobbyist who sees no problem with legislators of his persuasion bypassing existing law (at the behest of fellow lobbyists) to grant Talisker ownership of important, and public, land in Big Cottonwood Canyon. Perhaps he’d feel differently if Democrats were sponsoring the SkiLink legislation? Alas, partisanship and hypocrisy are redundant terms.

Nevertheless, I suppose there is some truth in describing me as a “libertarian environmentalist”, although I’ve never considered myself an environmentalist. I prefer the term conservationist. Further, I self-describe myself politically as a classical liberal, although the differences between that and libertarianism are mostly semantic. And so, I’ll accept the charge, and defend it thusly:

“The voice of nature is always encouraging.” 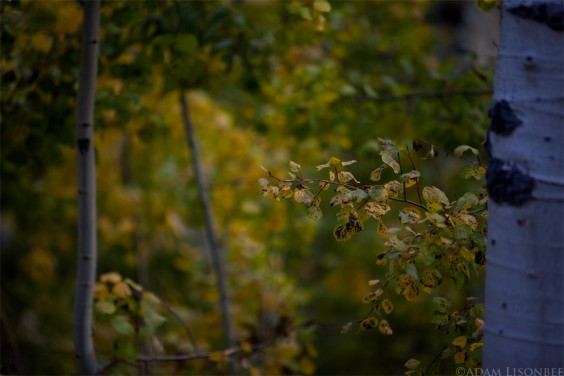 The marriage of libertarians and environmentalists is not new. Thoreau is the obvious example. His stinging criticism of the state is only matched by his love for nature. He wrote, “Government is at best but an expedient; but most governments are usually, and all governments are sometimes, inexpedient. The objections which have been brought against a standing army, and they are many and weighty, and deserve to prevail, may also at last be brought against a standing government.”

Nevertheless, Thoreau is best known as a naturalist, a poet. He famously wrote: “I went to the woods because I wished to live deliberately, to front only the essential facts of life, and see if I could not learn what it had to teach, and not, when I came to die, discover that I had not lived.”

That deliberate life is still the driving force behind wilderness occupation. The methodology has evolved; we hike, and ski, and pedal. But the intent—to see if we cannot learn—remains. Our lives, collectively as countrymen, are integrated into the wild spaces of desert and forest and mountain. As individuals we creep into wilderness, if only briefly, to confront the essential facts of life. In that sense, little has changed since 1845. Wilderness is still asking men the same questions it ever has. And men are still learning the answers to those questions.

For that reason, among others, wilderness preservation ought to be an essential part of the American character. Wilderness itself is a keystone of the American creation myth. The Republic was founded with westward intentions. Expansion meant economy, progress, and legitimacy. Exploration was, from the very beginning, a Jeffersonian imperative. The ink of the Constitution had hardly dried when Lewis and Clark were sent west.

Libertarianism and environmentalism are often thought of as contradictory. And as caricatures, they are. The common, but erroneous, assumption that libertarians are hellbent on paving over forests in pursuit of the almighty dollar is as misguided as the portrait of the environmentalist who is willing to watch men die, in order to save the life of an obscure woodland creature. Certainly both extremes actually exist, but the truth about both ideologies is far different. The truth, indeed,  is that liberty (the chief principle among libertarians) and wilderness (the primary goal for environmentalists) are symbiotic. The preservation of both wilderness and liberty are equally important to the preservation of American (or Jeffersonian) ideals. As Abbey said, “We cannot have freedom without wilderness.”

Libertarianism is generally described as anti-government. This is a true, but not a complete description. Libertarians oppose centralized power of all kinds. Centralized power can and does come in many forms: government, banks, churches, record labels, movie studios, news organizations, home owners associations, and so forth. Centralization empowers the few, at the expense of the many. Cultural (non-violent) revolutions are waged against centralized power. Modern examples of decentralizing revolutions include: blogging, file-sharing, digital photography and video, social media, crowd-sourcing, and self-publishing. Only a decade ago, individuals needed the approval and support of massive conglomerates to be heard or seen. Today, just a web connection will suffice.

Government is the quintessential embodiment of centralized power. Government draws its influence by force, and is a lagging indicator of social attitudes toward morality, value, and markets. Within our duopolistic electoral system, choice—and change—is non-existent.

“When confronted with anything resembling choice,” write Matt Welch and Nick Gillespie, in The Declaration of Independents, “most of us are now readier than ever to hop from one make or model to another.  Insurance, food, clothing, colleges, beer, wine, you name it–Americans, away from the political sphere, have learned how to demand what they want, and in a world of rapidly increasing choices, they are happy and excited to try out new things and move on once they get bored or disappointed with what’s on offer. In politics, of course, that choice has been artificially and dramatically restricted to effectively two options.”

However, environmental policy is almost entirely mired in the swamps of federal bureaucracy.

Federal land agencies posses an abhorrent history. Land that ought to be developed is prevented from being developed. Land that ought to be protected is destroyed. Grazing permits are over-issued. Strip mines are illogically built. Zoning laws, environmental regulation—designed to enrich connected parties, rather than protect the environment—, and needless bureaucratic lunacy have done nothing to protect or conserve wilderness. Yes, the 1964 Wilderness Act was, and is important. But Wilderness designation is not a guarantor of preservation, nor a hinderance of overuse.

Legislative arguments about the proper permissions for public land use are heated, passionate, and partisan. However, in the end, land use policy is unchanged, regardless of which party controls the levers of power—over-grazing continues, needless construction rolls forward, and local input and opinion are ignored. Clearly, as SkiLink demonstrates, the federal government is readily willing to sell land to politically connected, financially influential groups, despite the majority opinion of the people who recreate on that land.

What Can Be Done?

Land management policy would benefit immensely from the disruptive powers of decentralization. “The focus on center stage should be on promoting institutions that empower people both politically and economically…” suggest Terry Anderson and Laura Huggins. “These institutions allow people to improve environmental quality indefinitely into the future. This stands in sharp contrast to the undying conclusion of the doomsayers for whom the environment and the plight of human beings will always be worse.”

Public land ought to be managed as locally as possible. State and local governments ought to assume stewardship over state and local land. Change is much easier to affect on a smaller, more local scale. Further, public land could be successfully managed by private entities—conservation groups, individuals, non-profit, and for-profit corporations, and co-ops. Organizations such as The Nature Conservancy, Ducks Unlimited, and the National Audubon Society  are each examples of private groups working toward environmental preservation. Richard Stroup writes that, “[u]sing the market, such groups do not have to convince the majority that their project is desirable, nor do they have to fight the majority in choosing how to manage the site.” If selling the land is not feasible, governments can hire private managers to run state parks, campgrounds, and forest land; this is already happening, and the results have been positive.

Incentives are a remarkably powerful force. Under current land use permissions, which revolve around federal leases being granted to miners, ranchers, loggers, and other interested parties, there is no incentive for any of the various groups to act conservatively. There is no accountability. And so, ranch lands are decimated. Forests are clear-cut. And strip-mines spider-web unchecked across the countryside. Federal leases are a grand-scale demonstration of the tragedy of the commons.

Privately owned, or managed, lands fare much better. A rancher will not over graze his own pastures. A timber corporation will not clear-cut its own forests. But rather, careful consideration is placed on future uses of the land, and its potential longevity. Economic survival is contingent on ensuring long-term production. Long-term production is founded on sustainability. Federal leases disincentives sustainability, and eliminate accountability.

A study in 2000 “found that civil and political liberties, the rule of law, less-corrupt governments, and the security of property rights reduced deforestation rates in sixty-six countries across Latin America, Asia, and Africa.” A similar study in 2004 concluded “a strong positive correlation between several measures of human well-being and varying degrees of the strength of the rule of law. For example, countries with a strong rule of law have a 45 percent lower death rate by age forty than countries with a weak rule of law; 59 percent have more access to safe drinking water; and 79 percent have lower deforestation rates.”

In other words, liberty is wilderness.

If there is inherent value to wilderness, as Stegner, Abbey, Thoreau, and so many others have argued, then there is also a market for the preservation of wilderness. Wilderness is an amazing and wonderful boon to our lives. If we, as a people, love the outdoors, and demand its existence, just as we demand iPhones, fuel-efficient SUVs, and carbon fiber mountain bikes, then, and only then, will true wilderness preservation thrive.

Today we have little say in how public land is managed and used. The federal government is unchecked in this (and every other) regard. We can sign petitions, and write letters, and make phone calls. But the whims of senators and representatives, secretarys and ministers, cannot be stayed. The responsibility to protect wilderness is ours, but in order to do that, we must wrest control of these lands from the tentacled grasp of the bureaucratic kraken.

If we value wilderness as an idea, and as an ideal, then preserving it is imperative. We need wilderness to remind us that even today, in the technocratic world of 2012, that we are a wild species, an untamed and primitive creature that thrives in the uncertainty of forest and desert and alpine. Even if only in the pursuit of recreational fantasy. Do we value wilderness? If so—and I believe we do—then we will preserve it. Whether as private property, cooperative holdings, or with guns and pitchforks, we will preserve that which we value. And that is why liberty and wilderness are so symbiotic. They are similitudes of one another.

Government, while paying lip service to both, does not have any interest in the preservation of either. After all, a free people, left to explore and to recreate in a free land, are hardly governable.

In the end, the fight for environmental freedom is always a fight worth fighting. After all, “the voice of nature is always encouraging.”