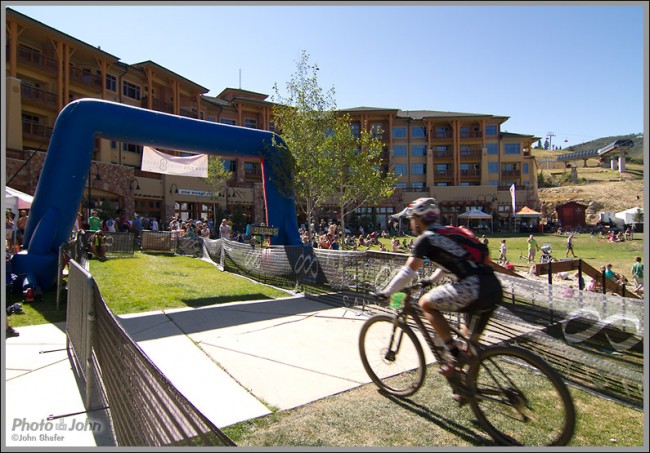 The Park City Point 2 Point is one of the most anticipated events on the race calendar. Registering in February for an event in September will do that. Everything thereafter orbits around the race. Eating a pizza in April? “How will this effect my Point 2 Point training?” Racing a cross-country race in June? “I wonder if this will be helpful for the P2P?” When race day finally arrives, the nerves are fried, the brain is mush, and the legs are jelly. At least that’s the danger. So, in 2011 I ignored the constant nagging in the back of my mind. I immersed myself into other events, like the Crusher. I abstained from any significant course pre-riding. I spent the 2 weekends before the P2P racing.  It wasn’t until the very week of the race that I let myself focus wholly and completely on the 80 miles and 14,000 vertical staring me in the face.

Of course, ignoring the race all summer was itself evidence of my planning, scheming, and strategizing. In other words, the Point 2 Point is impossible to ignore. Impossible to escape.

But that’s a good thing.

Because the race itself—the trails, the vibe, the celebrity treatment—is worth all the trouble. The bottle wrangling, the gps futzing, the pre-rides and course homework, are all a part of the grand experience. Race day is simply the final exam. And it’s as hard as anything I’ve ever done. Which also makes it equally as rewarding.

My plan for the 2011 race began to take shape immediately after the 2010 version. I made an infinite number of mistakes last year. I set out to correct them. If I had any hope of putting together a complete and clean race at the P2P (no easy task, given the terrain) I knew I’d have to eliminate the unforced errors of 2009 and 2010. My focus throughout the season was on pacing and fueling. I stumbled on a winning formula at the Crusher: Find a sweet spot, and stay there until the final 20% of the race.

Which is why I started (where I belonged) in a slower wave, and rode at an easy pace for the first 2 hours of the race. It was a good strategy, except when it wasn’t. I noticed a significant difference in the riding styles and abilities of many of the riders around me. There was a lot of speeding up and slowing down. Bad lines. Braking on uphill switchbacks. And so forth. But nonetheless, the slower, and less urgent pace, was exactly right for me. I rode 2011 infinitely more patient than 2010. It wasn’t until the bottom of the day’s first sustained climb, about 25 miles into the race, that I flipped the switch, and started “racing.”

I passed more than 35 people in the next 5 miles.

When I caught KC Holley, I knew I was in a good place. KC and I almost always end up riding together in endurance races. She is an excellent bike rider, and a very smart racer. I knew that she’d set a solid, consistent pace. And so I stayed with her. We rode together for the next six hours, and encountered less than 10 other riders throughout the rest of the race. The highlight came when I sat up on the Mid-Mountain Trail after a 40 minute push up Spiro. I needed a breather. She wasn’t having any of it: 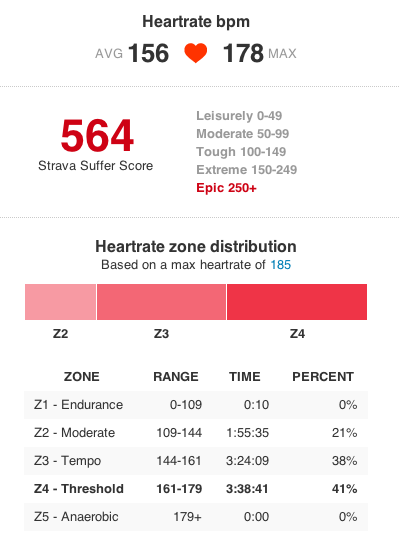 I shifted gears, stomped on the pedals, and remembered that indeed, we were racing.

All summer long I had schemed about how to finish the Point 2 Point with good legs. The final 15 miles can be very fast. But they can also be a place to absolutely bleed time. The miles are some of the easiest of the entire race, which means they can be covered while soft-pedaling and daydreaming. I didn’t want to soft-pedal. I spent all summer daydreaming. I wanted to hammer.

As best I could, anyway.

I crossed the finish line completely and totally exhausted. I was shaking. I was laughing. I had trouble speaking. I don’t know that I’ve ever raced that hard, that late. It was an amazing feeling. I shrugged off missing a sub-9 by 3 minutes. What is 3 minutes anyway?

Everything I think I could have done differently had a flipside:

I could have ditched my camelbak, but would I have fueled as efficiently?

I could have flipped the switch earlier, but would I have blown up?

I could have waited a little longer to speed up, but would that have only delayed me further?

But none of those questions really mean anything. Not right now. Why? Because I’m a 3-time finisher of the Park City Point 2 Point. Because I set a personal best on course. And because I spent the entire day riding the best mountain bike trails on the planet.

And now I’m looking forward to an autumn of joy-riding and ‘cross racing.

However, I must admit that after the race, I promised to never ride the Point 2 Point again… until next year. 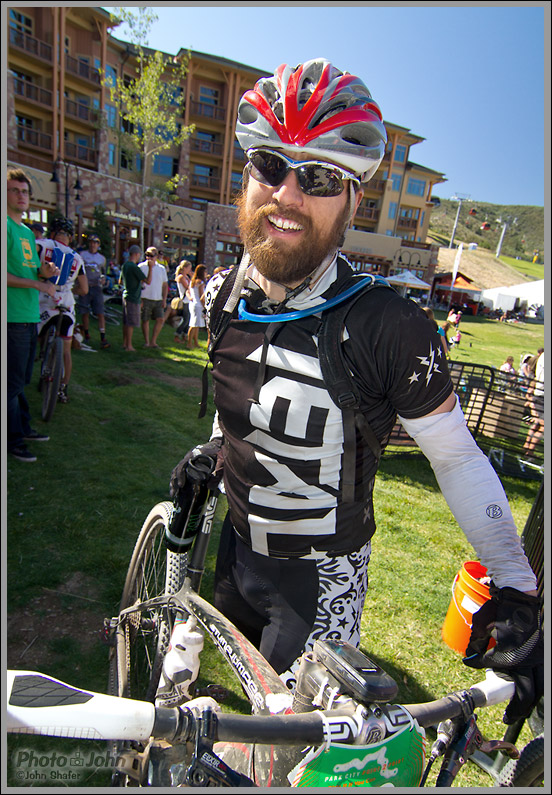 Photos by John Shafer. Click here for more from John and the P2P.