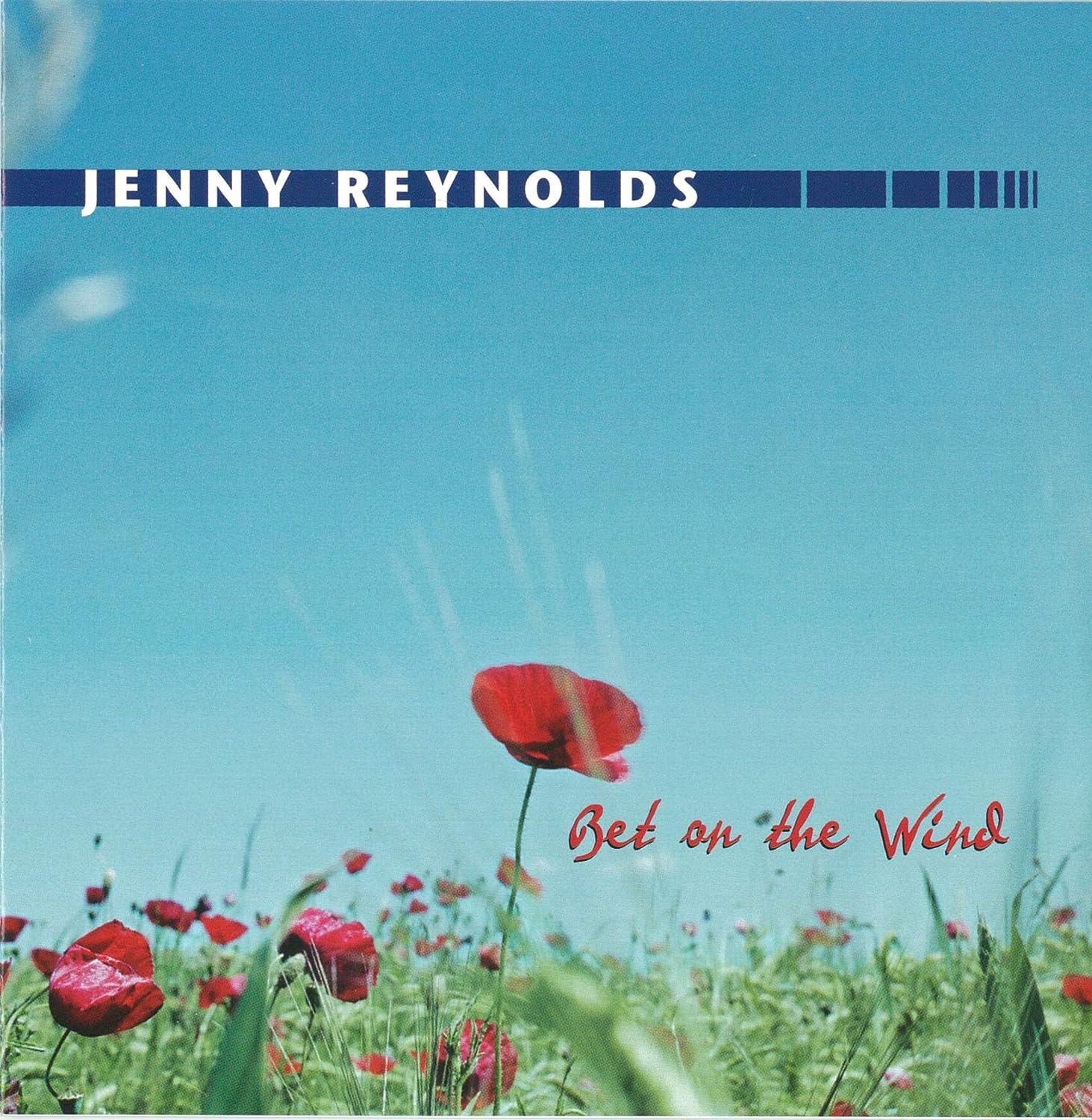 "Bet on the Wind" (2001) was co-produced by Chris Rival and Richard Gates and recorded in Boston. Featuring Duke Levine and Kevin Barry, the 12-song collection includes a roots-inspired cover of Peter Gabriel's "Mercy Street."

"h3"Review "p"Among the most promising new songwriters --The Boston Globe
"h3"About the Artist "p"Jenny Reynolds has just released a new, full-length CD entitled Bet on the Wind. Co-produced by Richard Gates and Chris Rival, Bet on the Wind explores a roots sound, incorporating strong melodies with precise, poetic lyrics. This fully-produced CD features Catie Curtis on harmony vocals, as well as guitar gods Duke Levine and Kevin Barry. Her first full length recording Colored in Poetry earned a 1999 Kahlua Boston Music Award nomination for Outstanding Debut Contemporary Folk Album. A contributor and original associate producer of The Respond CD (Signature Sounds), this native of Boston is a former high school English teacher who has long been a student of Bostons local scene. In recent years, Jenny has enjoyed touring nationally, including the Pacific Northwest, British Columbia, Oklahoma, Kansas and Texas. "p"Jenny was recently featured on WCVB TV's "Chronicle" with Vance Gilbert and Patty Larkin. She has shared the stage with Jill Sobule, Jennifer Kimball, Lori McKenna, John Prine and Kris Delmhorst. Many of her songs, including "Whisper" , "Talk to Me" and "I Can Just Imagine", have been placed on ABC, CBS and NBC television. Having the sincerity of a hopeless romantic, she is gracious and insightful in front of audiences, often infusing a clear love of performing with a playful sense of humor. Her music and personality are in a perfect, natural balance as she connects with people during her shows. With literary, imaginative lyrics, Jenny has emerged as an extremely gifted creator of moods.

She used to search for her one and only
With token pride she is broken down, dial tone lonely.
Life makes you balance patience with time
And who knows in the end if youll have vinegar or wine.
(from Jennys 11th Hour Love)

Knowledge and learning underpin the progress we make, as individuals and as a society. The world—and the needs of education and research—are constantly evolving, and so are we. More about Evolve >

Our 2020-21 Annual Report shows how we reacted to meet unprecedented demand for digital access in learning and research. More about Progress >

Oxford University Press advances knowledge and learning. We are a department of the University of Oxford and share the objective of excellence in research, scholarship, and education by publishing worldwide.