If you are arriving here from Modern Mormon Men… welcome. And thanks for stopping by. You might be interested in reading To Teach and Preach and This is the Right Place. If you are not coming from MMM, it is the male version of the “mormon mommy blogs” that have become so prevalent in our culture, and the odd obsession of at least one Slate writer. My essay Paradox: The Bearded Mormon has been reposted today as a guest post at MMM.

Yesterday was a difficult day for anyone who claims the mantle of cyclist. Admittedly, I’d never heard of Wouter Weylandt before I read about his crash, and then his tragic death at the Giro d’Italia. But it didn’t really matter that I did not know who he was. Because, I still knew who he was. That is, he was a bike rider. Like me. And like you. Like almost all of my closest friends. With very few exceptions (and I’ll spare pointing them out today) cyclists are generous, brave, happy people. I line up at races with people that I disagree with about religion, politics, economics, and even the mundanities of sports teams and beverage preferences. People whose backgrounds are vastly different from my own, and if it were not for the common thread of bike riding, I would not associate with. I don’t mean that I wouldn’t, only that the opportunity would have never presented itself in the first place.

But that’s the point. We do hang out. Even away from the start line. Our families get together for dinner, or we ski together in the winter, or watch soccer on TV. We sit around a campfire in Moab and eat bratwurst and share stories and jokes while poking fun at each other and our own distinct quirks and absurdities. We are cyclists—mountain bikers, roadies, whatever. We are bound by our love for the cog and the chain and the burning pursuit of mountain roads and singletrack. We are cyclists. And we look out for one another. We pull each other up hills and through long stretches of empty pavement, or drop compressed air or a gel to a stranded competitor. We work for the glory of a teammate, knowing that tomorrow, he will do the same for us. We are cyclists. When one of us is lost, we all feel the sting. It really doesn’t matter if that loss is a pro rider in the Giro, or an anonymous name in a newspaper headline someplace… we feel the hurt and the grief, and we are reminded that they are us.

I spent a lot of time yesterday thinking about Bill Corliss. I knew Bill for a just few minutes. And then I watched him die. That day still haunts me. Vividly sometimes. I don’t talk about it very often. I don’t think about it often. But I do think about how much cycling, and the people I know and love because of it, have changed my life. Today The Peloton is mourning the loss of Wouter Weylandt. And so are the riders in the Giro. You see, we are all part of The Peloton. We are cyclists. 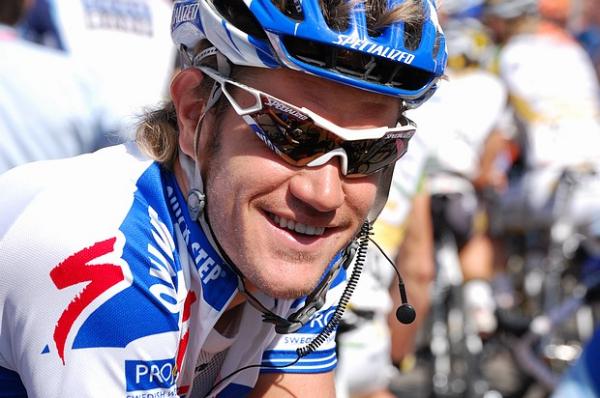