A quick book plug: Lulu is offering a 25% discount on any order with the code CYBERMAY. The offer is good until the end of today only. Might I suggest Mythical and Tangible? Yes. I might. If you prefer a digital copy, I am selling the PDF for a special Memorial Day price of just $1. Yep. $1. You can download it right here.

I don’t remember the last time I stood on the podium. I’ve tried. But I can’t. And given that I can’t even remember the moment (assuming it ever happend at all), I don’t see any point in trying to siphon through results from the last several years to find out. But yesterday, at the Stan Crane Memorial mountain bike race, I climbed up on the box. And you know what? It felt really good. Yes, the field was thin. Snow on Memorial Day will do that. But the racers who did show up were guys that I haven’t beat all year. So, there’s that. It felt really good to feel really good while racing. That breakthrough I’ve been chasing? I think I’ve found its wheel. Now all I need to do is hold onto it.

Throughout the entire race I thought the rider had I had been chasing was my teammate, Reed. It wasn’t until later that I realized that it was in fact, 2011 Giro d’Italia, and 2010 Tour de France winner Alberto Contador. Which was weird. When I invited him to our post-race BBQ, he declined, saying something about not eating steak anymore. And really. The flowers and the stuffed lion? For second place? 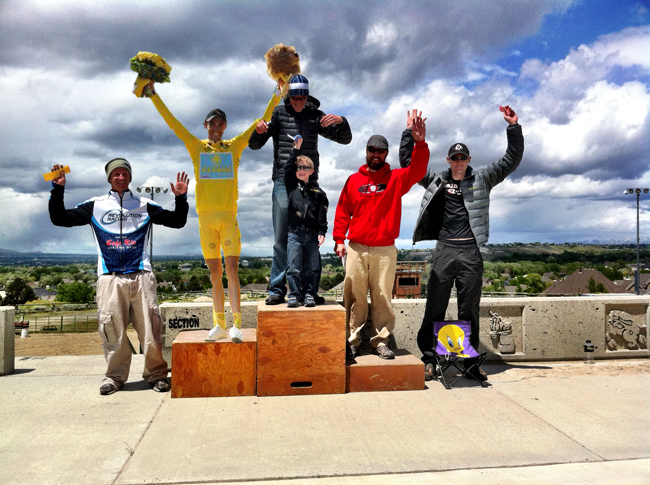 Slyfox is going to make me a millionaire. $1 at a time. 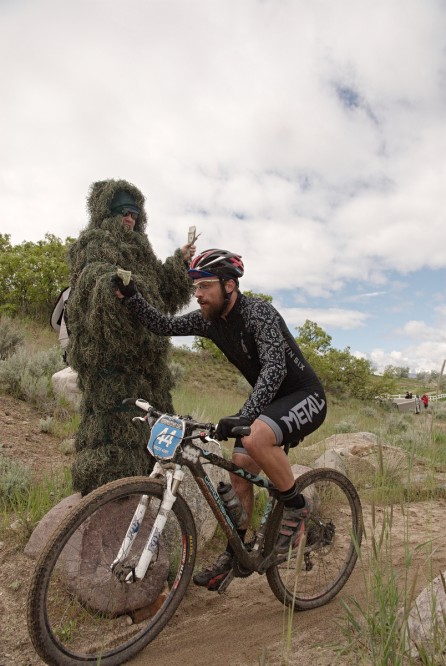 It was good day. I almost stayed in bed. I’m glad I didn’t. 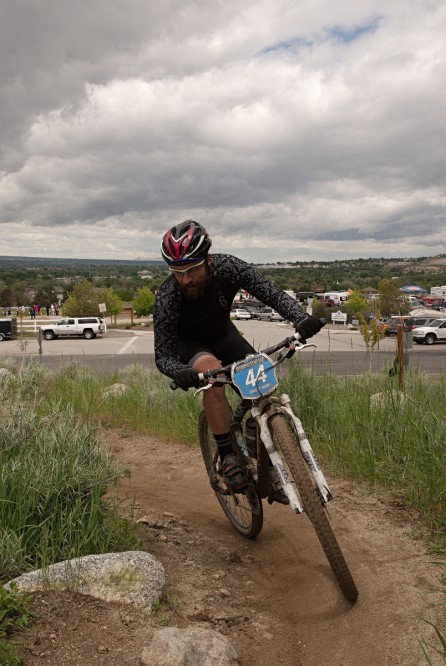 For more images from the race, visit Chris See’s gallery.