The Crusher: Which Bike?

The Crusher: Which Bike?

I used to spend a lot of time reading the forums at MTBR.com. I hardly ever visit anymore. Facebook has something to do with that, but so does the reality that the number of “which bike should I ride for Leadville“* posts any one individual can read is finite. In other words, the content at the forums is cyclical. The headlines look very much like they did 2 years ago. Or 5 years ago. People are still arguing about 29ers, singlespeeds, and 29er singelspeeds. Hardtail or full suspension? What’s your favorite gel flavor? And so forth.

*The answer to that question is always the same: whichever bike you want.

Which isn’t to say that there is not useful, interesting content at MTBR. There is. But it has become like a 26er hardtail—hard to find.

That said, today I must fall into the “which bike” trap. Not for Leadville, as once again I did not get accepted into the race. Which tends to happen when one does not apply. Nonetheless, I am racing in an event that actually poses a very legitimate dilemma over which bike to use. The Crusher in the Tushar. It’s not a mountain bike race. It’s not a road race. It’s… a little of both. Although I suspect that the tactics and execution will more resemble road racing. However, I further suspect that my day will more resemble a mountain bike race—riding alone in no man’s land, well off the lead. 40 miles of pavement. 40 miles of dirt road. Which bike? ‘Cross, or mountain?**

It’s a question that even the official race website tries to answer. According to its conclusion, the winner is… neither. Or more accurately, the winner is “draw.”

**There is some discussion of racing a road bike. Which isn’t an option for me. And even if it were, I’m not sure I’d consider it.

To really get an understanding of which bike to ride, the course itself ought to be elaborated upon. 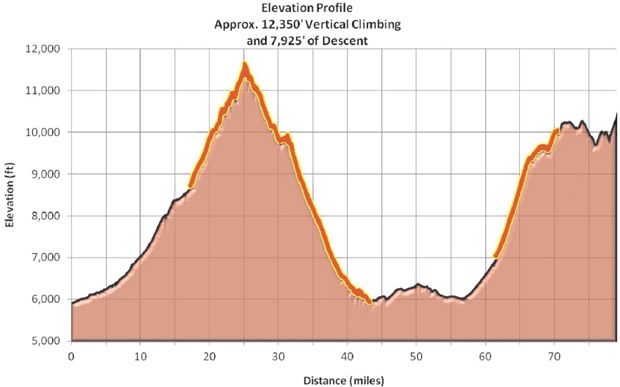 There are 2 major climbs, separated by 14 miles of rolling pavement.

The first climb is 25 miles long. Uh. Yeah. I just realized that. 25 miles. Of climbing. At mile 17.5 the pavement ends and the dirt begins. We will climb Big John Flat Road (Ha! Flat!) up to 11,500 feet above sea level, before we will begin an 18 mile dirt road descent. That’s a long descent. At the bottom we will contour on pavement for 14 miles before we start the final climb of the day, itself an 18 mile suffer-fest to the finish line.

Initially I had thought that a hardtail 29er, with a rigid fork and narrow mountain, or fat ‘cross tires would be the ideal bike. But then I thought that a ‘cross bike, with fast rolling, slightly wider tires (40+) would get the job done. And now? Well, now I’m just not sure. I’m planning on using the cyclocross bike, with some slight modifications. Like a bigger cassette. And maybe a Gruber Assist. But the mountain bike is still a distinct possibility. Especially if the dirt road, which is normally fairly smooth, suffers any significant damage during the run-off season.

The mountain bike has a clear advantage on the 18-mile descent. The braking power alone is almost enough to put me on the 29er. However, those 60 miles of climbing and contouring are better suited to the faster rolling, lighter, ‘cross bike. 60 miles is more than 20 miles. ‘Cross bike wins? Yeah. For now. I had better start learning how to ride without brakes. Starting to see the dilemma now?

In fact, this dilemma is one of the reasons I chose to ride the Crusher this year. I like the scheming and the planning. I’m reminded of the first time I raced the Kokopelli Trail Race. Which lights?Which tires? How big should my pack be? Water filter, or no? The preparation among riders made for excellent discussion—at MTBR no less—and thought-mongering. Indeed, similar conversations are starting to germinate for the Crusher.

Which bike? The answer is: both.

Wider tires. Discs, if the frame will accept them. Flat bars, or wider drops.

Or maybe not. In fact, maybe the answer to “which bike?” is, as I stated above… whichever bike I want.

But which one do I want? 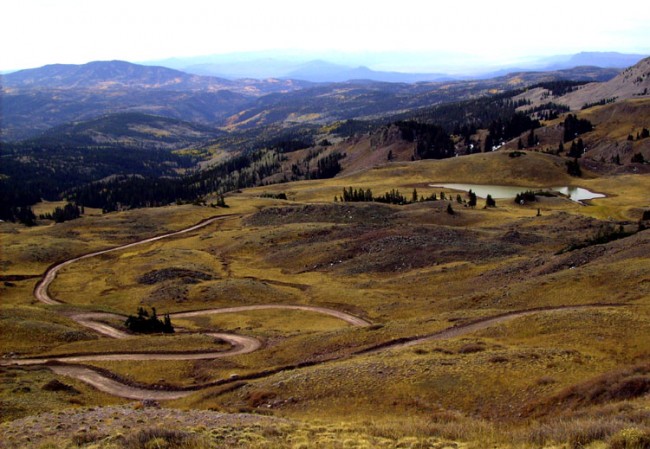