I’ve been a mountain biker for a long time. Nearly 20 years. I’ve had some amazing rides in that time. I’ve seen some incredible places. And I’ve met people that are now very close friends. I’ve loved being a mountain biker.

However, in the wake of the True Grit 50 and the nausea inducing mechanical resurrection of my bike, I think I’ve had enough. Enough dirt. Enough mud. I don’t need anymore 3,000 foot climbs into the mountains. I’ve exhausted my tolerance for singletrack and desert and altitude. I don’t have the energy to clean up again after the next wet or muddy ride. I’m tired of chain suck and mud-speckled jersey’s. I’m done. Finished.

Yesterday I sold both of my mountain bikes.

I threw away most of my jerseys and shorts. I’m preparing to sell off any useful tools I have. There aren’t many. I’ve never been mechanically inclined. But they, and the bikes—along with a few other accessories—will provide enough money for me to get started in my next and new adventure: triathlons.

Mountain biking is quite limiting. I can only go as far as the trail goes. And there are only so many trails. How many times do I have to ride The Wasatch Crest? How many more times must I yield to rental bikes on the Mid-Mountain Trail? Or ride through horse poo? Or crash into trees, rocks, shrubs, and rivers? No more times! Never again. Because I quit. Instead of having to follow a trail, I will now be able to ride my specifically designed triathlon bike wherever I want. When the road ends, I can run. When the land ends, I can swim. No more limitations. And no more laid back, friendly, mountain bikers either. 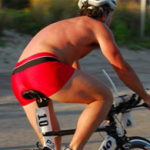 Mountain bikers are undisciplined. Many of them drink chocolate milk or—gasp!—beer, after a race or training ride. Mountain bikers rarely keep detailed training diaries. Many don’t shave their legs—or arms, armpits, eye-brows, chest, and… everything else. Some of them even wear baggy shorts with pockets (while racing!) which are surely causing an unwanted drag, sapping energy and forward momentum.

The relaxed attitude that runs rampantly unchecked among mountain bikers has been killing my potential as an athlete. Too often, I now realize, I have been caught up in trailside story-telling, banter, and photo-taking. It all seemed innocent enough. But those were precious minutes wasted. Minutes that could have been spent doing Tabata intervals or run/swim 2-a-days at the community rec. center. Nearly 20 years. Wasted!

Pretentious triathletes are pretentious because they are superior. Disciplined. Focused.

Today is the first day of accepting and recognizing my own innate superiority.

This new chapter in my athletic career has infused a new energy and excitement into my everyday life. At work, for lunch everyday, I will now drink a proprietary energy shake made from raw eggs, creatine, SportsLegs capsules, and an organic soy protein. I’ll use a personal blender to make the drink at my own desk. Everyday a different coworker will ask me what I’m drinking. To which I will reply: “Excellence. I’m drinking excellence.”

As mentioned, I sold my mountain bikes. I used the money to buy the very best piece of triathlon gear available: The $899 Volna Time Trial Aerobars. In white. 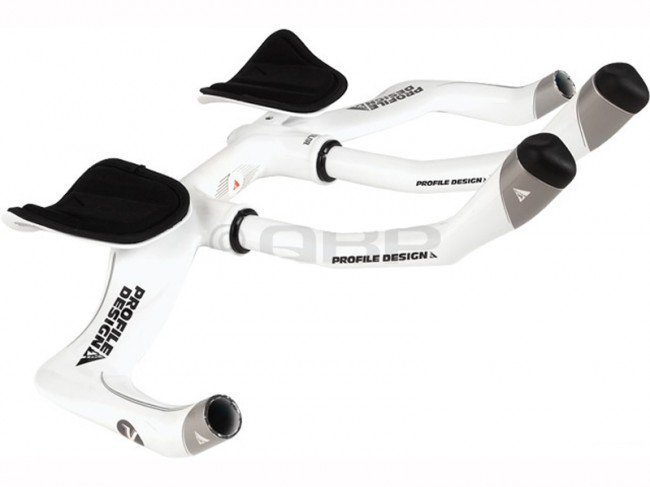 Nothing says “I’m all in” like white carbon aerobars. Aerobars that cost more than my singlespeed mountain bike, no less.

Why am I doing this? Let me count the ways:

1. I’ll finally be able to race with my bib number painted on my upper thigh. 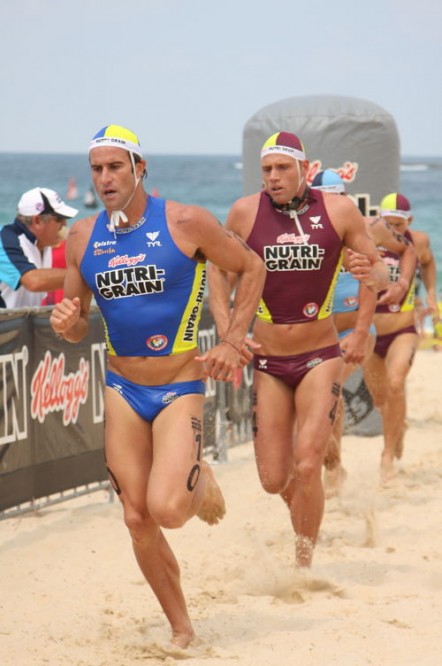 3. The Jetstream Aerodynamic Bottle System. (Traditional bottle cages require too much energy to use!)

5. Now, when I accidentally leave my shoes clipped into my bike, I can say it was on purpose. “Just working on my transitions.” 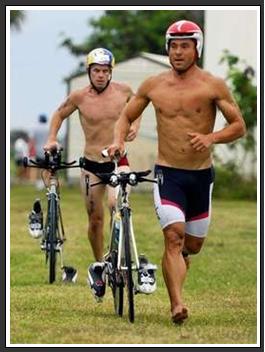 6. Running in swim goggles will no longer be considered weird.

7. Group sit-ups on the beach. In wetsuits.

11. Mountain bike races are just not expensive enough. I want to be gouged!