I’ll be taking a break from the blog the rest of the week. I need to wrap up the book, and spend some time with the family unit. I’ll be back on Monday. In the meantime, chew on this… 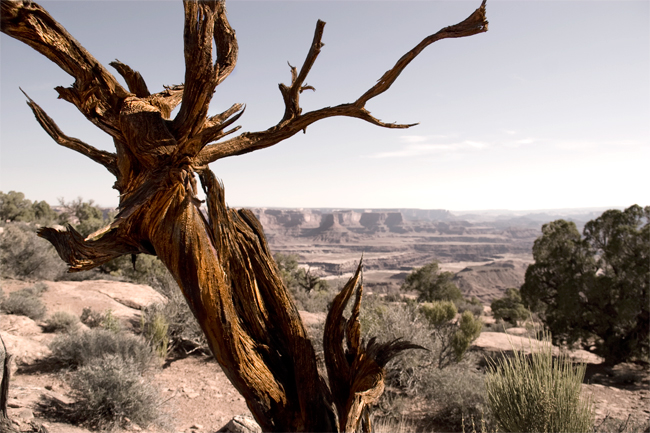 I’m not exactly subtle in my admiration (and squalid imitation) of Edward Abbey. His influence on the way I interact with the outdoors is palpable. But it’s not just his outdoor eloquence that I’m attracted to. Long before I ever heard of Abbey, I thought—if inarticulately so—like Abbey. Sort of.

When I was in high school (mid ’90s) I was largely unaware of current social and political events. Unless one counted the endless drama of high school sports, dates, and grades as social and political. Nevertheless, I had at that time a healthy, if unguided, mistrust for government. I still do. Well. It’s much more guided nowadays, and perhaps (one might argue) not exactly “healthy”. I’ve come to appreciate the beauty and necessity of anarchy (a future essay) in the true definition of the word: spontaneous order, absent of coercion. One of the great myths of our culture is that government—at any level—is our advocate. The opposite is true. Government is a nemesis, a thief, a liar. A snake. It stands opposite every natural right of man. Indeed, government and anarchy are arch enemies. Where anarchy promotes freedom, government can only force and steal and plunder.

Is that a radical, extreme belief? The collectivists will say so. And maybe it is. But it shouldn’t be.

Abbey has nourished the anarchistic seeds that I started to recognize in high school. Others—Bastiat, Thoreau, Mises, Hayek—have helped me along. Today I read daily at Reason.com (Another Koch conspiracy!), where activist libertarianism is alive and well. For better or worse. Sometimes activists (of any stripe) become so entirely ideologically bent that the very cause they champion is undermined by the inability to grasp reality, and compromise, and baby-steps. But nevertheless, the reading is usually interesting, sometimes enlightening, and always thought-provoking.

Abbey’s definitive essay, Freedom and Wilderness, Wilderness and Freedom (read it here) is one of his finest pieces of writing. And it nearly perfectly reflects my own feelings and affections for wilderness, and why I think that wild places are so meaningful and important to our culture and tradition, and why those places need to remain separated from the political machinations of federally funded agencies, departments, bureaus and commissions. We (all of us) need wilderness*. Even in fleeting, brief gasps and grasps. Why? Abbey answered:

We need wilderness because we are wild  animals. Every man needs a place where he can go to go crazy in peace. Every Boy  Scout troop deserves a forest to get lost, miserable, and starving in. Even the maddest murderer of the sweetest wife should get a chance for a run to the sanctuary of the hills. If only for the sport of it. For the terror, freedom, and delirium. Because we need brutality and raw adventure, because men and women first learned to love in, under, and all a round trees, because we need for every pair of feet and legs about ten leagues of naked nature, crags to leap from, mountains to measure by, deserts to finally die in when the heart fails.

Inexplicably we’ve come to trust government agencies like the Bureau of Land Management, The United States Forest Service, The National Park Service, and the Department of the Interior to properly and responsibly manage our open, wild lands. But somehow the mission of those agencies—stewardship—crept and crawled into something entirely different—ownership. Instead of wild for the sake of wild, wilderness has become a privately held commodity (sold to highest bidder!) made to serve only the interests of the very same thieves and liars and snakes (using your money, naturally) I mentioned above. That is, the government.

We ought to celebrate our Wilderness Areas (unless you are a mountain biker) and our National Parks, Forests, and Monuments. But even they are federally and arbitrarily designated, heavily regulated, and as much as can be practically managed, overtly controlled. Our (Ours? really?) parks and forests are (with perhaps Denali the exception) hardly wild. Or rather, wild, risky, exploration of them is strongly discouraged—unless that exploration is done with oil wells, strip mines, and grazing permits in mind. How long until backcountry exploration is administered out of our National Parks in the name of safety and in pursuit of the fictional greater good?

Abbey lamented and feared (with an almost Glenn Beck-like paranoia) the over regulation, control, and development of wilderness:

…If the entire nation is urbanized, industrialized, mechanized, and administered, then our liberties continue only at the sufferance of the technological megamachine that functions both as servant and master, and our freedoms depend on the pleasure of the privileged few who sit at the control consoles of that machine.

The entire nation is not urbanized. Not yet. The cities of the American west are still separated by vast deserts and tall mountains. Utah, Nevada, Montana, Arizona, Colorado, Wyoming, New Mexico, and even interior parts of California have towns and cities that are mostly** absent of the sprawl of urban cancer and concrete suburbanism. However, we are nonetheless largely subject to the arbitrary whims of the privileged few who pull the levers of policy and law—politicians, lobbyists, unions, corporatists, and so forth.

**I said mostly. Residents of the Wasatch Front, or the Phoenix-Tucson area can sit back down.

Permission to ride my bike on the Kokopelli Trail is not liberty. Permission at all is not liberty. Indeed, liberty in the mountains (and elsewhere) is precariously uncertain. The freedom we employ on a backcountry ski tour could disappear immediately if some paternalistic bureaucrat (but I repeat myself) in Salt Lake City, or Denver, or Washington D.C. decided that out-of-bounds skiing is somehow detrimental to public health and safety, or has become burdensome on the local transportation authority. Bike trails are under constant threat of closure and re-designation. The Wilderness Society, who lobbies incessantly for the wholesale banishment of mountain bikes in the mountains, seems oblivious to the peril their own preferred activity is subject too. After all, if hiking in the winter (with skis) becomes unlawfully dangerous, then why not hiking in the summer (with boots) as well?

My point is Abbey’s point, made not in Freedom, but elsewhere:

Anarchism is not a romantic fable but the hardheaded realization, based on five thousand years of experience, that we cannot entrust the management of our lives to kings, priests, politicians, generals, and county commissioners.

Do we live in a free society today? Does liberty still exist? The short answer, the easy answer is “of course”. But one only need to roll a boulder into the void at Canyonlands National Park, or attempt to race a bike across the Kokopelli, or to stop paying property taxes to be swiftly reminded that we are being watched, and monitored, and that the notion of private property has become a fiction in our collectivist, police-addled State. That our government is too big, and possesses far too much authority, is obvious when even the forests and deserts and mountains are enthusiastically shackled with the red tape of administration.

What then is liberty?

Is liberty simply the personal autonomy to work, live, and play, uninhibited by external forces? The freedom of association? Mutual voluntary consent? Yes, certainly. But it’s also far more than any of these bromidic ideals. Liberty is trust. Trust in the individual. Trust in spontaneous order. In anarchy. Liberty is permission, granted not by the authoritarian, but by the individual. Our society today clamors for some sort of “liberty” or “freedom”, but without the needed trust involved. “People won’t do the right thing,” we are told, “so the government must intervene!” But who defines what is right? And who is to say wether or not the government is doing “what’s right?” The Left and the Right seek to eliminate spontaneity, risk, and private property. In their own unique—if tyrannical—way each uses the coercive power of government to control behavior (social and actual), opinion, and markets. “Free speech is a great idea” chided Lindsay Graham recently, “but we’re in a war.” When is the United States not at war? The War on Drugs. On Poverty. On Obesity. On Wall Street. Even peacenik Barack Obama now has his very own war.

Wilderness is frightening. It is dangerous. Sudden storms, wild animals, avalanches, criminals, rockslides, flash floods, lightening, snow, wind, rain, and the lonely remoteness of solitude can all, everyone of them, be fatal. Thankfully! We need that uncertainty. The planned, managed, predictable existence of central government is death and dependency. It is state-sponsored mediocrity. But the risk and the freedom of wilderness, that is, the unpredictable, sudden, dangerous nature of liberty, breeds innovation and inspiration. Man’s greatest achievements have come from necessity and freedom. From wilderness. Figurative and literal. Indeed, wilderness, said Abbey is:

…like Bach’s music, Tolstoy’s novels, scientific medicine, novocaine, space travel, free love, the double martini, the secret ballot, the private home and private property, the public park and public property, freedom of travel, the Bill of Rights, peppermint toothpaste, beaches for nude bathing, the right to own and bear arms, the right not to own and bear arms, and a thousand other good things one could name, some of  them trivial, most of them essential, all of them vital to that great, bubbling, disorderly, anarchic, unmanageable diversity of opinion, expression, and ways of living which free men and women love, which is their breath of life, and which the authoritarians of church and state and war and sometimes even art despise and always have despised. And  feared.

“We can have wilderness without freedom”, he continued, “but we cannot have freedom without wilderness.”

Utopian? Idealistic? Obviously. But, as Frank Chodorov asked in his autobiography, Out of Step, “what in life is more worthwhile than the pursuit of an ideal?” Or, as Abbey put it, “There comes a point at every crisis in human affairs when the ideal must become the  real—or nothing.”

Each of us has our own ideal. Our own definition of happiness. Our own American Dream. Which is exactly the point. Each of us is entitled to the dogged pursuit of that ideal, individually and independently. Society is not the collective, nor the centrally designated and defined greater good. Society is the individual. Or rather, the individual is society. That is, government will never know, nor can they know, the internal incentives that motivate each of us to pursue the different and myriad utopia’s that prod us out of bed and into the hills (or the dreadful cubicle!), deserts, forests, and the unknown. Placing hope, or security in the State will lead not to liberty (nor to the ideal), but to captivity, and the death of our social and cultural wilderness.

“A world without wilderness is a cage.” Abbey quotes.