Backcountry skiing is a lot of fun. Why? Lots of reasons. Most of them resemble this: 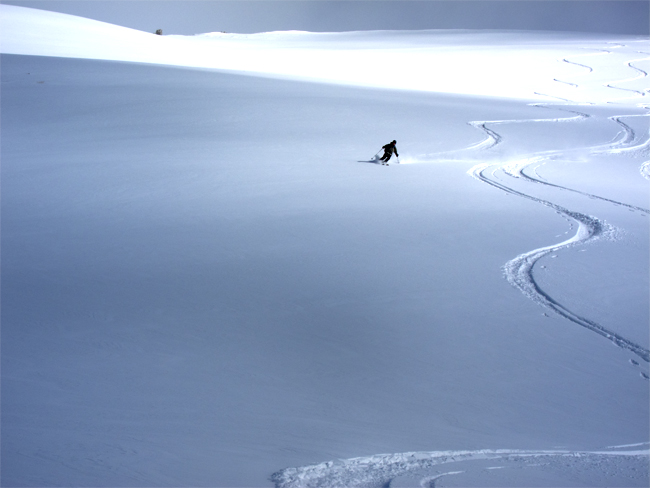 Sometimes skiing the backcountry has nothing to do with any of that. Instead—and especially when a natural kicker is discovered outside the front door of the yurt—backcountry skiing becomes all about hucking yourself as high and as far as possible. Even with touring bindings (who says you can’t huck on Dynafits?), packs, and… whippets. Yeah. Whippets.

Do you doubt me?

Let me quell your unbelief. 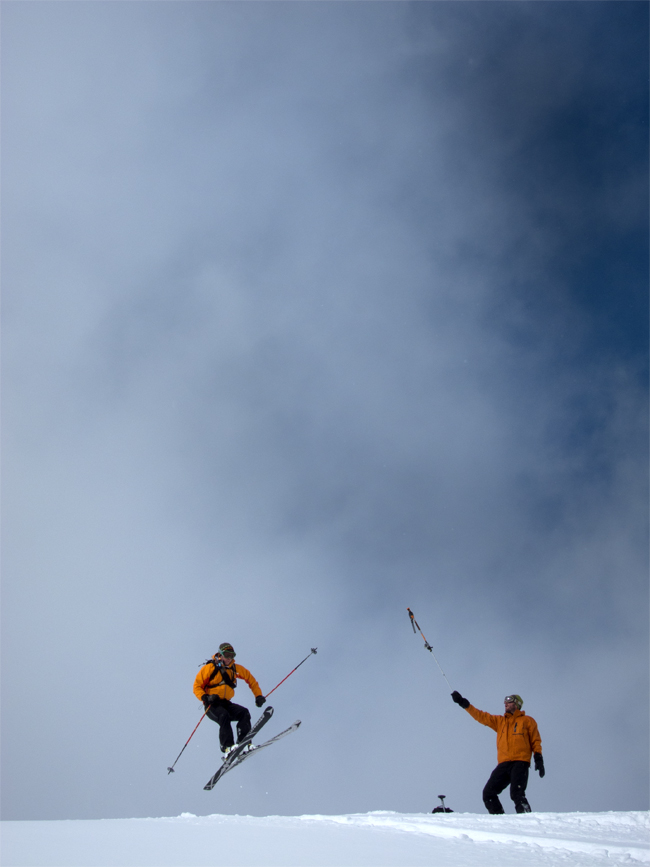 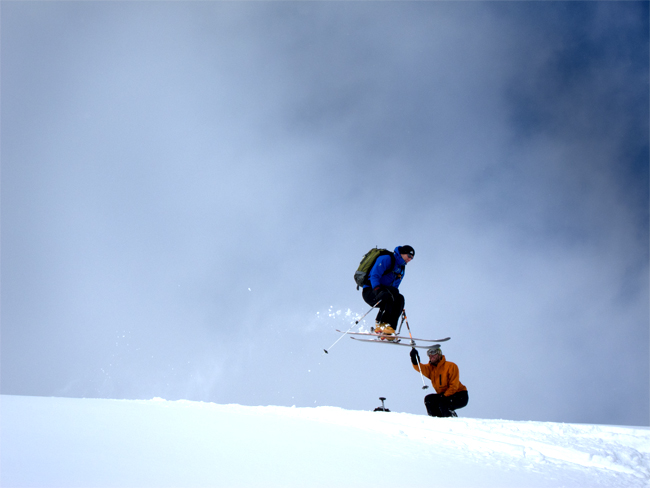 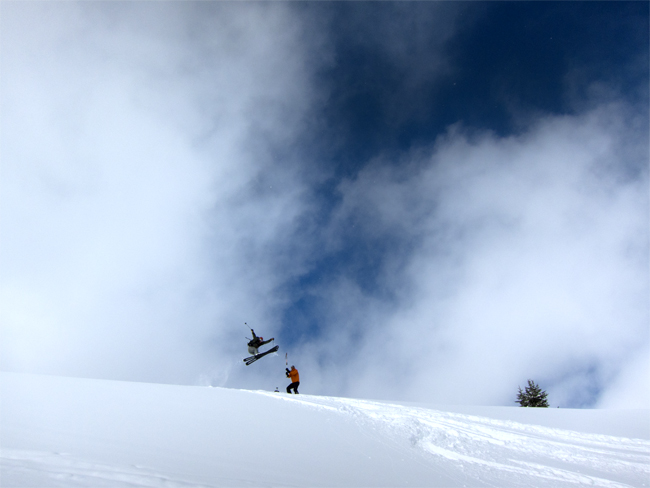 Mike with the crossover 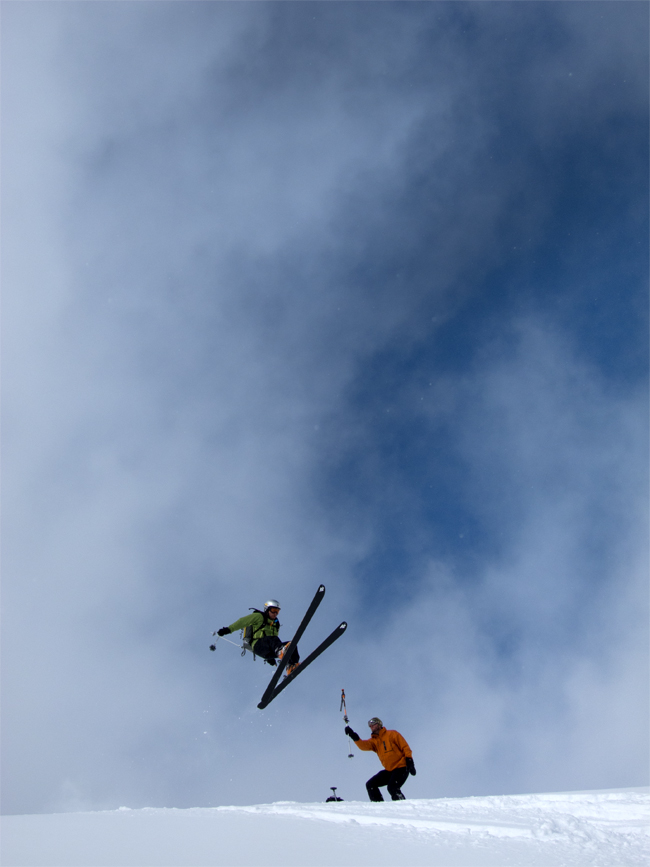 Mark as a backseat driver 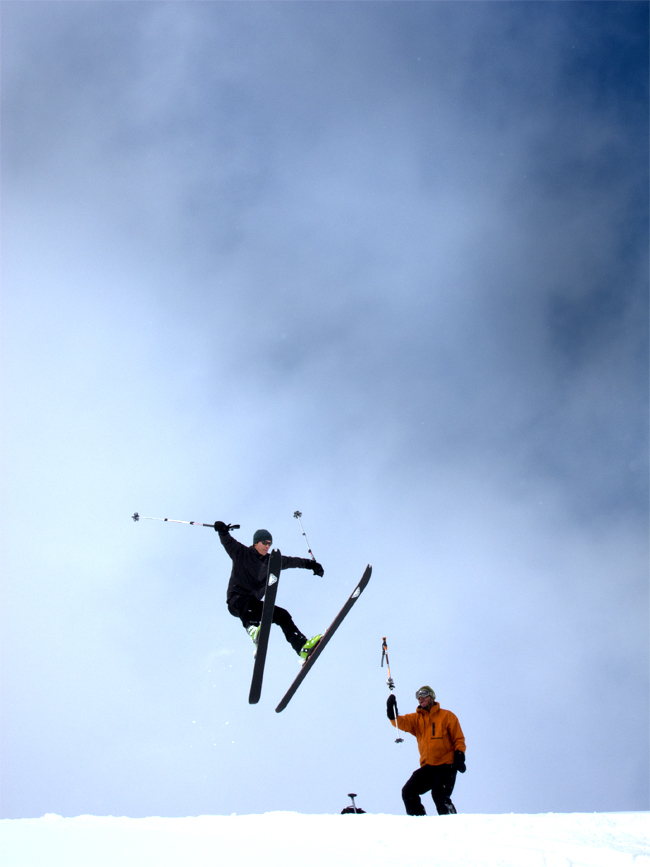 Aaron rolls down the windows while thinking "Oh @#$%"

As you can see, our confidence started to increase. Bigger air, a few minor tricks. And that’s when Tom—who had already been dominating the trip with his stellar trail breaking and storytelling—decided to raise the bar. It’s worth mentioning again that he pulled off the following with Dynafit touring bindings, a fully loaded day pack, and whippets. Oh, whippetts? Those are ski poles with ice-axe blades on the end of them. Sharp. Blades. But none of that stopped Tom from going big. Really, really big. As in, old-school, triple daffy big.

When he landed in a white heap of snow and scattered ski gear none of us could have helped him had he been hurt. We were doubled-over laughing. Tears. Dry-heaves. Bruised rib-kinda laughter. But Tom wasn’t hurt. No, he just grinned the same way he had been all week long.

Oh. And speaking of faces. Jon was—understandably—awe-struck when Tom launched over the hill. 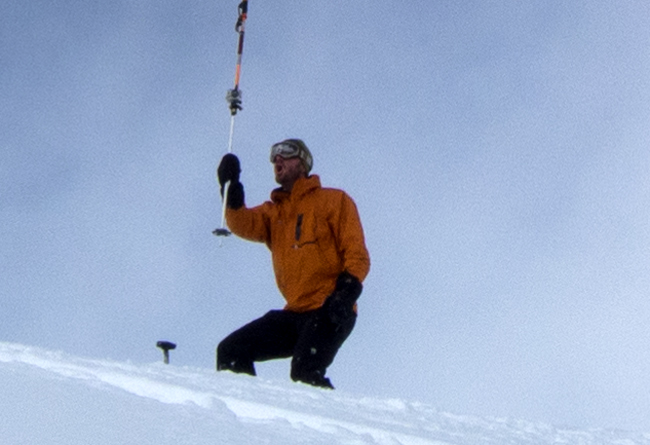 Just how high did Tom get? I’d guess at leat 15 feet off the ground. Maybe higher. And he landed a solid 30+ feet from where he took off. As I said, he sent us all into fits of laughter.

And finally, Jon captured the Triple D—among other highlights from the trip—on video: