From the Archives (Boots not Bikes)

From the Archives (Boots not Bikes) 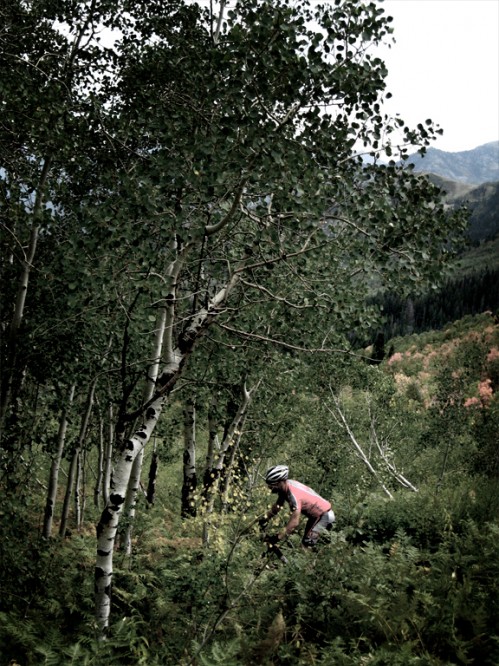 Bikes and Wilderness is an ongoing conversation that perpetually occupies the back of my mind. It’s a frustrating one because the existing rule is essentially an unchangeable  law. What can we do? Well… a lot. But it’s not a fight many are willing to engage in, and even more so, a fight that has (and yes, this is a broad stroke) some spectacularly irrational counterarguments—”what is a three-day (backpacking trip) could be somebody’s afternoon workout on a mountain bike.”

*If covering ground quickly is disqualification, then certainly horses violate—if not literally, then spiritually—the intent of Wilderness, no?

I think it’s a topic worth our consideration. A conversation that ought to be occurring more often, and in more influential circles. The question often asked is “do bikes belong?” However, I think the more appropriate question is “why not bikes?” That is a question that I am planning to explore in more detail in the coming weeks.

What I’d really like to see is local land agencies (and user groups) have actual influence and management authority. The obvious truth about Wilderness is that in some areas, bikes would be perfectly appropriate, and others, not as much. Who should determine which is which? That is a question best answered—in coordination with the local land agency—by the local trail users. That is, you, and me. Instead, a 27 year old amendment to a 50 year old bill banned wheels (bikes, carts, etc) on every square mile of Wilderness Area. Why? A federal law dictating land usage for 50 million acres of varied and vast forest and desert land is futile. What’s next… federally mandated health care?

The following is a post I wrote about 18 months ago on the topic. I wanted to re-post it because I am working on a couple of new posts (and hopefully articles for wider publication) on the subject.

One of the problems I have with the “boots not bikes” argument surrounding the designation of Wilderness areas is how subjective it has all become. Because bikes have proven to be safe, quiet, sustainable methods of backcountry travel, there is no other sort of argument to be made, other than an appeal to some mythical reverence and experience that only the absence of bikes can provide. It’s hogwash, because that experience cannot be defined. It – whatever that is – is different for everyone who ventures into wild places. And yet, the rhetoric being piled on the no-bikes fire is soaked in the emotional butane of indefensible, purely subjective, rancor that serves only to paint with a broad brush both proponents, and opponents of Wilderness.

For example, in an otherwise excellent article, the conclusion that:

despite what mountain bikes offer, there comes a point when you’ve got to get off your bike and experience the world directly, as up close as possible…Wilderness is about re-creating the fundamental conditions given to us as a human species. It is a place to walk softly while we try to figure out how we got here and where we’re heading. It is that place out there where you’ve got to get off your bike.

Why? Why do I need to get off my bike to be able to appreciate the world up close and personal? Every ride I have ever been on, and I can claim this without hyperbole or exaggeration, has helped to reconnect me with an innate love for the outdoors, the mountains, the deserts. The desire to feel alive and fit and at one with the world around me is continually rekindled. This blog is evidence enough of that. Too often our human experience has become clouded in the everyday urban demands of economic and social survival. People are not making these connections nearly enough. But then, again, those connections are largely personal, intimate, and unpredictable occurrences that might be sparked by an unplanned encounter with wild and primitive landscapes. Or, simply, with wild and primitive emotions.

Wilderness has no monopoly on wilderness.

But an appeal to those emotions is a shallow approach to argument and policy. Indeed, it reeks of an elitist stance in which objection for the sake of objection is the highest and most authoritative form of dialogue. That sort of attitude never endears anyone on the opposite side of any argument. Collaboration and compromise (the essence of capitalism, just to add a little potential for reader participation) is usually the best form of policy making and discussion. Essentially mountain bikers have been locked out of the committee room, and barred from any meaningful Wilderness negotiations or discussions.

The original intent of the Wilderness Act of 1964 was to cull the automobile expansion in the West. The text of the 1964 legislation does not specifically ban bikes. That came in 1984. (Ever wondered what IS allowed in Wilderness? You might be surprised) At that time the ban was somewhat understandable. Mountain biking was catching on as a valid recreational outlet, but its impact on trails and on the safety of other trail users was largely unknown. Today those questions have been answered. And they have rendered the 1984 amendment “anachronistic, an indication of prejudice and lack of accurate information at the time.” In fact, since then, because of user impact studies we also know that horses have a much more negative impact on trails, and on the environment surrounding them than that of either hikers or mountain bikers. However, I respect, even if I despise the effects, the right of a horsemen to seek that backcountry experience. For all the grumbling I do about manure on the trail, neither its presence, nor that of horses themselves have ever really endangered the enjoyability of being in the outdoors.

But looking beyond the emotional rhetoric, which could be argued is all I ever write in this space, I still have a hard time supporting Wilderness Areas because they paint very diverse lands with one very broad stroke. It is unrealistic to manage the desert near Moab the same as the Cottonwood Canyons. As I argued earlier, land ought to be managed by those who use that space. By those informed of the resources, the usage, and the impact that the local population is having on any given acreage. Sometimes Wilderness designation is appropriate. Often times much less restrictive, more reasonable designations achieve the same purpose, but do so without alienating any user groups. And in those cases, user groups are much more likely to work together toward a common end.

But for some, that common end is not enough. It is more satisfying to object, because objection feels empowering and important (and I get that, trust me, I’m libertarian – I have a lot to object to these days). But the subjective and emotional nature of the bikes VS. Wilderness argument has been reduced to one, rather short sighted sentiment, expressed concisely in this 2008 article: “We weren’t happy about having to share the trails with the group [of mountain bikers]“.

As long as that is the driving force behind “boots not bikes” then no common progress will ever be achieved. That sort of attitude also negates any appeal to that obtuse “experience” that is supposedly being rendered moot by pedal bikes.