Do you remember this scene from Monty Python and the Holy Grail?

And it perfectly represents the 2011 Desert Rampage in St. George Utah.

A race that throughout the winter always seemed to be a distant possibility on some fictional and mythical horizon. Not anything to actually prepare for. After all… the race is not until March.

And so I stood idly at the gates while the 2011 mountain bike race season came charging upon me in a rash of swordplay and sudden, absurd violence. I could muster no counter, no defense, no resistance. Like Sir Lancelot, 2011 had arrived.

The sun was bright. The red dirt perfect. Everyone was glancing nervously at everyone else. Looking. For new bikes. New fitness. To see who was serious on this first weekend of March. When the gun went off the shock and awe of racing shivered through my body like a jolt of electricity. For a moment I flew. But only for a moment. And then the reality of a sedentary and torpid, desk-bound winter pulled me back to the ground with the dizzying realization—as it does every year—that I am fat and slow.

My race was a weak and ineffective “hey” as the field stormed through the gate, swords flashing.

But not all is lost.

No. Spring is in the air. If only in glimpses. Indeed, the snow is falling this very moment in the Wasatch mountains. But it is the beginning of March. That most under-rated of the 12 months. Fantastic skiing, and dry singletrack. The best of the Wasatch, simultaneously. And for the first time since September of 2010, I am smiling at my mountain bike. And why not? It has a new drivetrain. New rubber. And a reignited—if heavier—owner. 2011?

Which reminds me. I’ll be racing 50 miles back in the St. George desert in 19 days. Time to get to work? 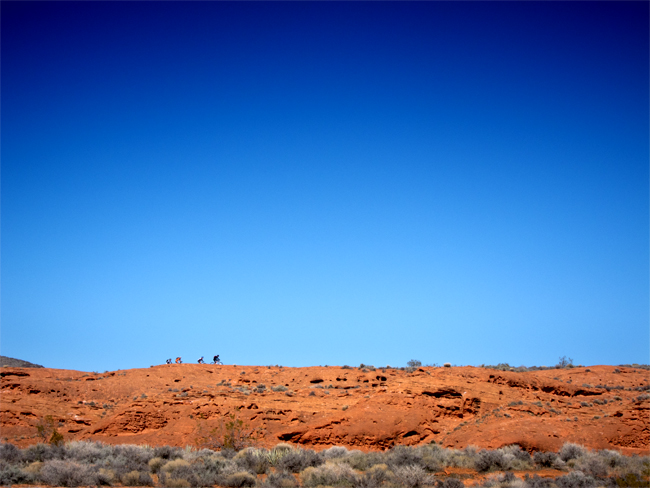