A Few of My Favorite Things

A Few of My Favorite Things

2008 was a landmark year for me. The dominant story was the discovery and subsequent arrival of our twins. Children numbers 4 and 5 for my wife and I. We are still recovering and adjusting to the new “normal” in our lives. And we are loving (nearly) every minute of it.

My racing schedule was down in 2008. In fact, I really did not pursue anything beyond just getting out into the mountains as often as possible. There were no “A” races. There were no “D” races for that matter. Frankly, there really were no races, other than a failed KTR attempt and my own Wasatch Classic –which was hardly anything resembling a race.

However, despite that, I was able to put some gear through the gauntlet. And over the course of the year I came to appreciate a few pieces of equipment that have become staples in my riding. 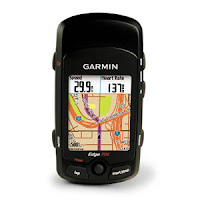 The Edge series from Garmin has set a new standard in cycling computers. I don’t see any reason to ever invest in a computer that does not calculate heart rate, distance, speed and cadence, while at the same time tracking your route. In other words, the usefulness of GPS integration into a cycling computer has, for me, become a necessity.

The 705 is the latest innovation in that technology.

Two days after my Edge arrived from GeoManGear I had it mounted and ready to rock and roll at the 2008 Wasatch Classic. The learning curve, if you are coming from the Edge 305, or another non-gps computer can be little steep. But the routing process involved with my Vista HCx helped me to be familiar with the device. So I found that loading maps and routes was fairly pain free.

How did it perform in its first major adventure? Admirably.

I spent 12 hours on the trail during the Wasatch Classic, and when I finally turned the Edge off at the end of the day, it had a healthy store of battery power left. It tracked accurately regardless of terrain or tree cover. And it kept me on trail. Despite the fact that I designed the course, I did stray off route at one point – much to the consternation of the Edge.

In subsequent uses of the computer it has continued to work well. The color screen is easy to read and easy to navigate. Custom workouts, routes and courses are easily loaded and navigated. The ability to load topographical maps is fantastic, and turns the Edge into an actual and useful navigational tool; rather than simply a cycling computer.

One aspect of the Edge 705 that I have not explored (beyond the heart and cadence monitors) is the ANT+ wireless technology. The potential is enormous for third party device compatibility. Power meters are the obvious benefactor to this technology. And of course, when it comes to all things Power Meter, I suggest poking around Dave Harris’s brain. He has a 705 and has been testing the ANT+ compatibility with his power meters.

Are there weaknesses? Yes.

But they are minimal. The data storage can be a little convoluted. Files are stored on the Micro SD card, but can be a little tricky to actually find if you want to manually access them. And, weirdly, Garmin’s own Training Center software does not always talk the same language as the 705 (on the Mac), prompting me to use my Edge with the PC instead.

Ergon continues to impress me with their innovation and design. The BD2 is a pack that I have used extensively. I have used it on my bike of course, but also as a hiking and snowshoeing day pack. It is durable, useful, and the Ergon Team Green is hawt.

At the Wasatch Classic, I loaded the BD2 with food, 100 oz. of water, a water filter, repair and medical supplies, my SPOT tracker and other various items. The load stayed secure on my back, without causing undue fatigue to my shoulders, back or hips. And the rain cover has proved useful during my winter hiking excursions.

If the BD2 has a weakness, it is its narrow design. It can be a little cumbersome to access something deep in the pack, or to load up a bulkier item. Its a small issue, easily worked around, but at times it can be a little vexing.

I have tried a lot of packs over the last few years. And many of them have been superb, but the BD2 has emerged as my favorite. 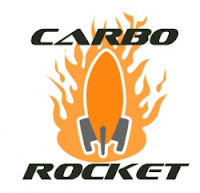 I can’t be exactly sure what Brad is putting into CarboRocket. But it works, and it tastes fantastic. I have used this drink without stomach issues for several long rides, including my double dosage of the White Rim last year. I used it during the Wasatch Classic, and I use it during almost every workout and training ride. And sometimes I find myself drinking it just because.

Its not too sticky, its not a frightening color, and it’s not loaded with undocumented chemicals. And again, it tastes good. Try it, you’ll see.

Oh, and the new Raspberry Lemonade flavor is spectacular. No, it really is. 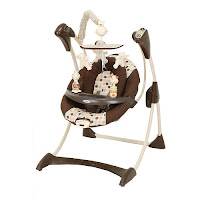 A week or so after the twins were born I went out and bought 2 Graco swings. These are not your normal baby swings. These are some sort of magical, baby soothing, sanity restoring, mechanical cradles. Honestly. I think my wife, or I, and perhaps both of us, would today be in an asylum if it were not for these swings. We were at our wits end with the twins, who were not sleeping well, unless being held in our arms. Which, if you don’t have children, sounds very cozy and nice. But it is utterly exhausting.

The existence of these swings was unknown to me before my mother suggested we get them. We have a traditional baby swing. It was next to worthless. I do not know if it is the cradling nature of the seat, or the fact that it actually is designed for new born babies, or that “the swept style frame blends flowing lines, ideal proportions and purpo

seful details to define quality and comfort” that makes these swings so effective. But they work. And without them, I might be writing this from the group computer at the State Hospital.

Exit Question: What piece of gear could you not possibly do without?