Posted by Grizzly Adam on Apr 26, 2006 in Uncategorized | No Comments

I decided at the last minute to alter my planned route in the desert. Instead I stuck closer to town, and rode on the Bonneville Shoreline Trail. I was able to get 6 hours, 52 miles, and 8500 vertical done. I was also able to test out some gear for the KTR. So both objectives were accomplished.

I also decided at the last minute to try and pack up my Wingnut 2.5 to see how my KTR gear would fit in it. I know the 3.0X will work, but I was curious about the 2.5. Well, it will work also. The determning factor on which pack I will choose will most likely depend on which water strategy I choose for the race. If I decide to haul water it will be the 3.0X. If I decide to filter, then the 2.5.

Overall it was a good ride. I was feeling a bit sluggish early on, but after a couple of hours the legs seemed to wake up and they felt decent after that. Mentally I was a bit of a basketcase early on as well. I was grumpy, and was struggling on sections of trail that are usually no problem. I am not sure where the bad attitude came from, but after a while I was my normal self again. Maybe it had to do with my MP3 player giving out 40 minutes into the ride? 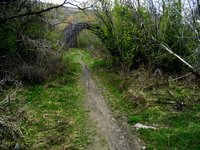 BST singletrack on the south side of Provo Canyon 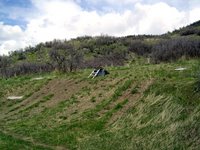 Do you ever take it off any sweet jumps? 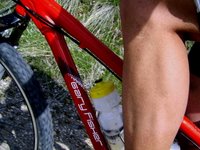 The X-Cal and part of its engine 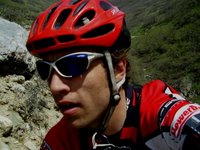 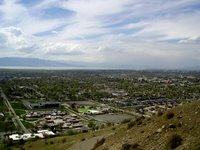 Looking west over Provo from high up on the BST