Posted by Grizzly Adam on Dec 11, 2005 in Uncategorized | No Comments 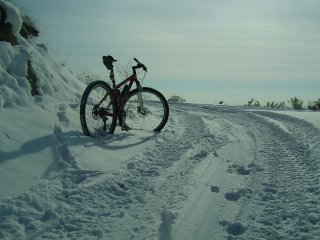 Today I got in just what I needed to get over the after effects of the lingering cold and the winter blahs. I went out and enjoyed some snow. My plan was to explore some side streets, but then I decided to check out the access roads on the upper shelf. I was pleased to discover that numerous ATV’s had smashed down the snow, making it perfect for the 29er. For 2 hours I enjoyed the sunshine, the snow and the mountain bike. 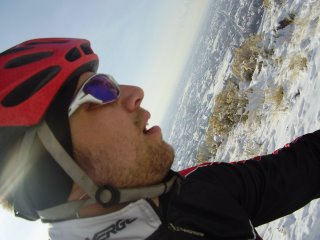 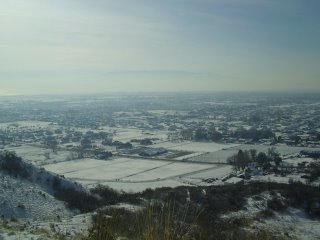 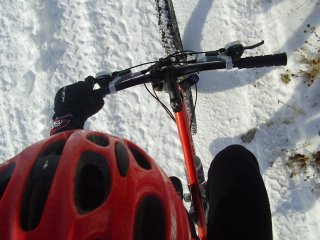 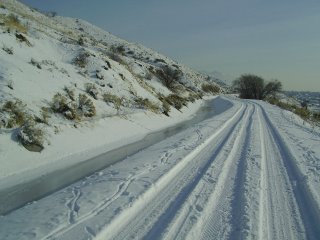 I was just cruising along when I came around a corner and saw this deer laying in the frozen canal. I stopped and watched it for a bit. It was barely moving. It followed me with its eyes as I moved around, but other than that, it hardly showed any signs of life. I have no idea how the deer ended up in this predicament, and I have no idea how long it had been there. But I doubt it will survive the night if it does not move. From the looks of its legs, I am thinking it slipped on the ice and broke a leg or otherwise injured itself. Who kows, maybe he just found it relaxing, but I doubt it. One of the strangest things I have come across on a ride no doubt. 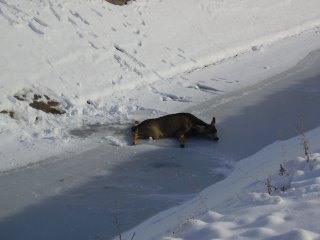