My Evening with Lance

My Evening with Lance

Posted by Grizzly Adam on Oct 8, 2005 in Uncategorized | No Comments

I was able to spend the evening with Lance Armstrong last night. Well…sort of. He was there, and I was there, and so were 15,000 other people. Lance was invited to speak at a big corporate convention, and since one of our Mad Dog team riders works at this big corporation, we got tickets to see him (Thanks KC!). Of course, we had to sit through 2.5 hours of propaganda and pseudo-motivational speakers before Lance finally came out. It wasn’t that bad really. Lance spoke for about 30 minutes, then there was a cheesy Q&A with the bosses of the big coprorate machine. Did they really just ask him if riding for so long hurts your butt?? It was fun to listen to him though, and see him sort of , but not really up close. It was also fun to just spend time with teamates while doing something other than riding a bike. At one point an audience member yelled, and he had to yell really loud, we were in the Delta Center after all, “GO FOR EIGHT!” Lance paused in his speech, and said that soon a DVD of number 7 will be coming out, and that you could just play that during next year’s tour. He’s quick on his feet, as well as the bike. All in all it was worth the trip, and the long winded other speakers, to see Lance. Who knows…maybe he is still in the area today and we will see him on today’s ride. Speaking of which, I need to go get ready for. 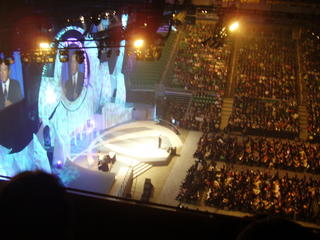 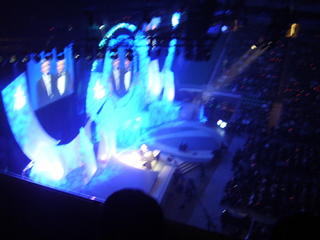 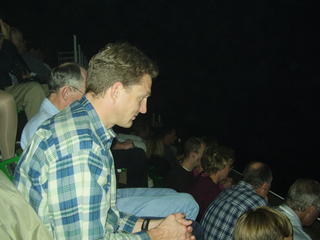 Jeff is getting bored with the corporate rah-rah 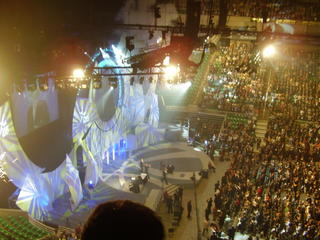 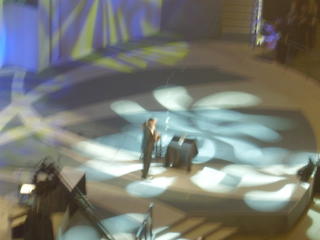 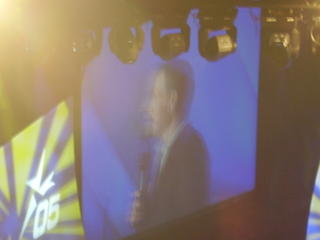